Today’s topic is Underrated Books and I didn’t notice that it was this topic ’til just now. So I’m doin’ it anyways even though I’m late. So there. I’m very excited about this one – especially reading them. Gives me a chance to learn about books that typically aren’t talked about in the book community. So heeeere we go. For this, I’m going to consider ‘underrated‘ as ‘has less than 5,000 reviews on Goodreads‘ since y’know, some books on there have several hundred thousand.

5. The History of the World Through Twitter by Jon Holmes, forward by Stephen Fry 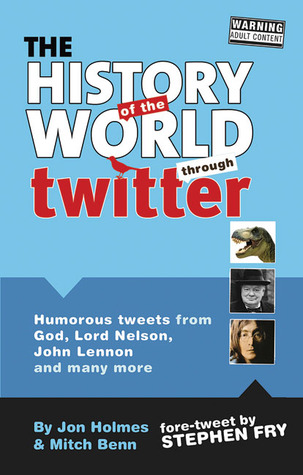 I don’t understand why this book never took off. It’s hysterical. It starts at ‘the beginning of the world’ with God tweeting about his mishaps making flat animals and the takes off into the future with dinosaurs tweeting about food and hunting and caveman tweeting about cave paintings. It goes up through present day, at least as present as when this book was published. It’s light, fast and pretty damn funny. 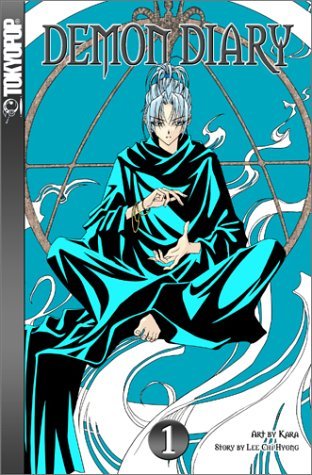 This series is a comedy about a young man who finds himself sitting on the thrown of a demon empire. Problem is, he’s totally childlike and unsuited for the position. He’s a cutie pie though, leading to some pretty funny scenes between he and his ever-more-frustrated advisor as they try to govern the realm. It’s totally adorable and a lot of fun to read. It has hints of light shonen ai the farther you get into it, too. Unfortunately, this is an older series and honestly I think it might be out of print at this point. Not entirely sure. 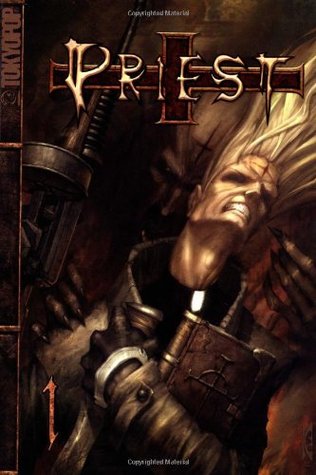 This gem seriously surprised me. I picked it up on a whim at a half price books clearance sale for fifty cents. Honestly didn’t expect much from it, but this manga man, this manga is excellent. The art is dark and gritty and the storyline is exactly the same. It’s set in the American West and follows a fallen priest who has sold his soul to the devil as he tries to save humanity from impending doom. It’s seriously good. Really, I’m loving this series. I need to find more volumes – I have 3 or 4 so far and I’m smitten.

2. The Dark City (The Relic Master series) by Catherine Fisher 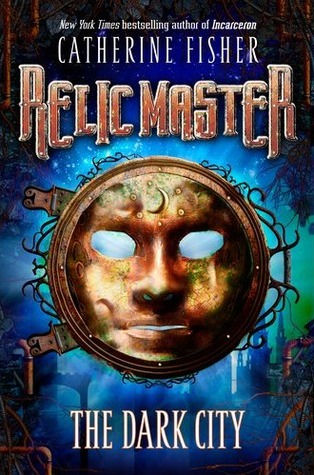 I’ve never actually seen or read anybody mentioning this series before and I can’t understand why. It’s amazing! Mixing sci-fi and steampunk and fantasy, this four book series is definitely imaginative, fast-paced and fun. I buzzed through the thing and went to find people to blab about it with and couldn’t find anyone! If you’ve read it, please do tell me so I can goo about it with you. The first of the four books has probably the most sedated pace, but each one just picks up and runs from there. I loved this series, man. AND I WANT TO SHARE MY LOVE OF IT WITH YOU SO READ IT. D: 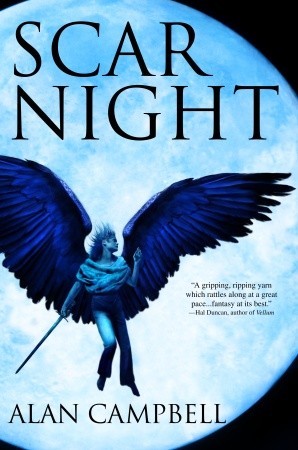 Guys. GUYS. This is one of my favorite series ever and every time people ask me what my favorite books are, this always makes the list. And then promptly I get blank stares because nobody has ever heard of it.

This steampunk fantasy is set in a city suspended over a seemingly bottomless abyss by chains and at the bottom lives the deity that rules over the city. This book has renegade angels and anti-heros galore. I feel gooey just thinking about how much I adore this series. It’s a three-book trilogy, each one holding its own as a book. If you take away anything from this list guys, make it this book, this series. Read it. READ IT.