Hello! I’ve decided to pick up a new meme – this one is monthly, so I figured it’ll be doable to keep up with. :”D It’s called Monthly Recommendations and you can find out more about it here if you would like. Basically, they give you a topic each month and you make a post about it. So here is mine, woo.

I have a couple auto-reads that I’d like to mention: 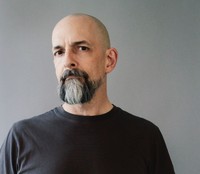 Book that made me smitten with this author: Snow Crash

In reality, Hiro Protagonist delivers pizza for Uncle Enzo’s CosoNostra Pizza Inc., but in the Metaverse he’s a warrior prince. Plunging headlong into the enigma of a new computer virus that’s striking down hackers everywhere, he races along the neon-lit streets on a search-and-destroy mission for the shadowy virtual villain threatening to bring about infocalypse. Snow Crash is a mind-altering romp through a future America so bizarre, so outrageous…you’ll recognize it immediately.

You should read if: You want a Ready Player One that’s not juvenile, what it could have been if it had been a more fleshed out, character-driven book. 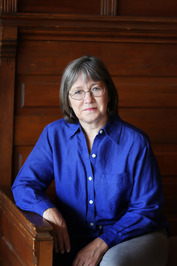 Book that made me smitten with this author: Assassin’s Apprentice

Young Fitz is the bastard son of the noble Prince Chivalry, raised in the shadow of the royal court by his father’s gruff stableman. He is treated as an outcast by all the royalty except the devious King Shrewd, who has him secretly tutored in the arts of the assassin. For in Fitz’s blood runs the magic Skill–and the darker knowledge of a child raised with the stable hounds and rejected by his family.

As barbarous raiders ravage the coasts, Fitz is growing to manhood. Soon he will face his first dangerous, soul-shattering mission. And though some regard him as a threat to the throne, he may just be the key to the survival of the kingdom.

You should read if: You want to fall into a 90s fantasy kick for about 6 months…. because that’s what happened when I picked up this book. 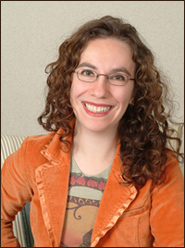 Book that made me smitten with this author: His Majesty’s Dragon

You should read if: You like fantasy or historical fiction. This is both! It’s so good – so well thought out, so tactical, so heart-twanging! It’s one of my all-time favorites

Books I own by this author: His Majesty’s Dragon, Throne of Jade, Black Powder War, Empire of Ivory, Victory of Eagles, Tongues of Serpents, Blood of Tyrants, Uprooted 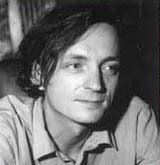 Book that made me smitten with this author: Scar Night

Suspended by chains over a seemingly bottomless abyss, the ancient city of Deepgate is home to a young angel, an assassin, and a psychotic murderer hungry for revenge or redemption. But soon a shocking betrayal will unite all three in a desperate quest…. The last of his line, Dill is descended from legendary Battle-archons who once defended the city. Forbidden to fly and untrained even to wield the great sword inherited from his forebears, he has become a figurehead for a dying tradition. Now he lives a sheltered existence in one of Deepgate’s crumbling temple spires under the watchful eye of the Presbyter who rules the city. Spine assassin Rachel Hael has better things to do than oversee the Presbyter’s angel. Each dark moon she must fight for her life among the city chains, hunting an immortal predator with a taste for blood. But when a traitor brings enemies to Deepgate’s doorstep, Dill and Rachel are forced into an uneasy alliance with the city’s oldest and most dangerous foe. They must journey down into the uncharted chasm to save their sprawling metropolis and themselves from annihilation. Once they descend however, they learn that what lies below is far more sinister than what they’ve been taught to expect.

You should read if: You like steampunk, fantasy, fascinating worlds, anti-heroes

Books I own by this author: Scar Night, Iron Angel, God of Clocks, Sea of Ghosts

I figured instead of me saying ‘AHHH THEY’RE SO GOOD, READ THEM!’ over and over for each author, I’d let the synopses of their works speak for themselves. If you have read any of these authors’ books or plan to, do let me know. :”D Happy reading!