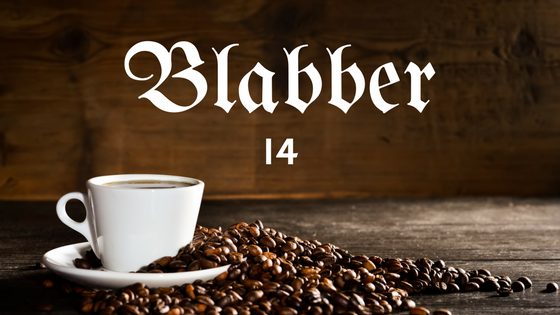 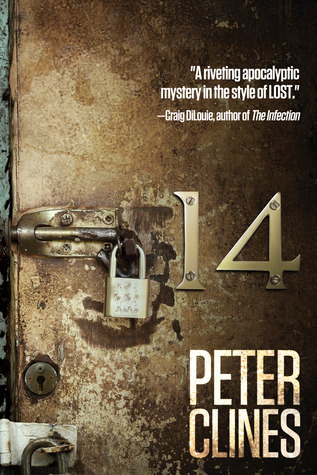 This book is really weird.

I’m talking… really weird. But it’s weird in the ‘what in the world is going on’ kind of way, not the ‘I can’t follow this’ kind of way. It was easy to follow along with what was happening, but everything was happening was just so bizarre.

I really enjoyed it!

14 opens on the main character Nate, who’s looking for somewhere new to live. After receiving a recommendation about the Kavach House, a historical apartment building, he moves in. Shortly after doing so, he starts noticing little oddities about his apartment. You know, the usual: padlocked doors on random apartments, bright green cockroaches, a landlord that is weirdly protective of the building… Then he notices other oddities in neighboring apartments. And things just keep getting weirder and weirder from there.

Having read another book by Peter Clines that I knew was somewhat related to this book (The Fold) I kind of knew what I was getting into writing-style wise, character-development-wise and so on, so nothing in either of those categories really appalled me or blew me away. Clines isn’t a purple-prose writer, but he’s a pretty good one I think. He’s able to construct chapters in a way so that the last sentence makes you go ‘Damn it’ and flip the page to the next chapter. His books are really hard to put down.

That, combined with just the morbidly fascinating development of the plot had me reading this book at every available moment – I was on honeymoon when I picked this thing up, so that’s telling you something. Honey, want to get dinner now? Hold on, lemme finish this chapter! Sweetie, wanna hop off the cruise boat and tour the town? Hold on, two more sentences on this page! My husband was very understanding though, thankfully. (And now as I’m writing this, he’s picked up the book and read nearly a third of it last night – unheard of for him, haha).

To be fair, the reviews for this book are mixed. Most of the negative ones mention the pacing. The pacing is indeed a bit slow at the beginning. The weird stuff isn’t super in your face, it’s more little things that you read and go ‘huh’… they eventually delve into ‘wtf’ level weird things, but yes, the pacing is a bit slow. It’s well worth the wait though, in my opinion.

In addition, I always find it strange and somewhat forced when a romantic subplot is forced into a book that is definitely nowhere even close to romance. There’s one in here and at times it’s a bit ‘ehh’ to read. It’s minor though, so it shouldn’t ruin your entire read of the book.

Aside from the pacing and the awkward romance, I really have nothing negative to say about this book – it’s exciting, unnerving, wtf-y, and the ending I think is pretty solid. Considering all the weird, seemingly unrelated stuff that happens in the apartment, I think the author did a rather good job of relating and wrapping it all up nicely. It was refreshing.

Overall, a good choice if you’re looking for something to keep you flipping pages. I really enjoyed it and if you pick it up, let me know if you do, too. :”D