A year or two or three ago, I wrote a post titled On Borrowing Books: A Harrowing Tale of Betrayal, where I told a story about some books, she-who-must-not-be-named, and the complete and utter devastating betrayal that she dealt me. I highly recommend you go read it if you haven’t already, especially if you intend on reading this post. Context is important.

Though if you really don’t want to, a short summary is that this… person… borrowed six of my books about a decade ago, gave back three in awful condition and claimed that I had never even lent her the remaining three, despite knowing the plot content of them. Highly suspect, no? Seriously go read the post, I get very uh… involved in the story.

So for some reason, these past ten years I never repurchased the three books that had been stolen from me. Was it ego? Was I holding out some hope that even though I likely wouldn’t know her to recognize her now, that one day she’d appear at my door with the books she’d taken? I don’t know. The thought of re-getting these books has been on the back burner of my mind every time I’d go through my book collection for the past ten years. Ten years this is been bugging me, that I never got these books back.

And for ten years I’ve been telling myself ‘I should get these again’, because hey, I now had 9 out of 12 volumes of a series, and without the remaining three, I’d never be able to reread it to completion. So guess who hasn’t read Death Note in almost ten years. Time’s up, it’s me.

But last week, I bit the bullet. I found the books, used, online, and purchased them. I think I spent thirteen dollars total for all three. And they arrived today: 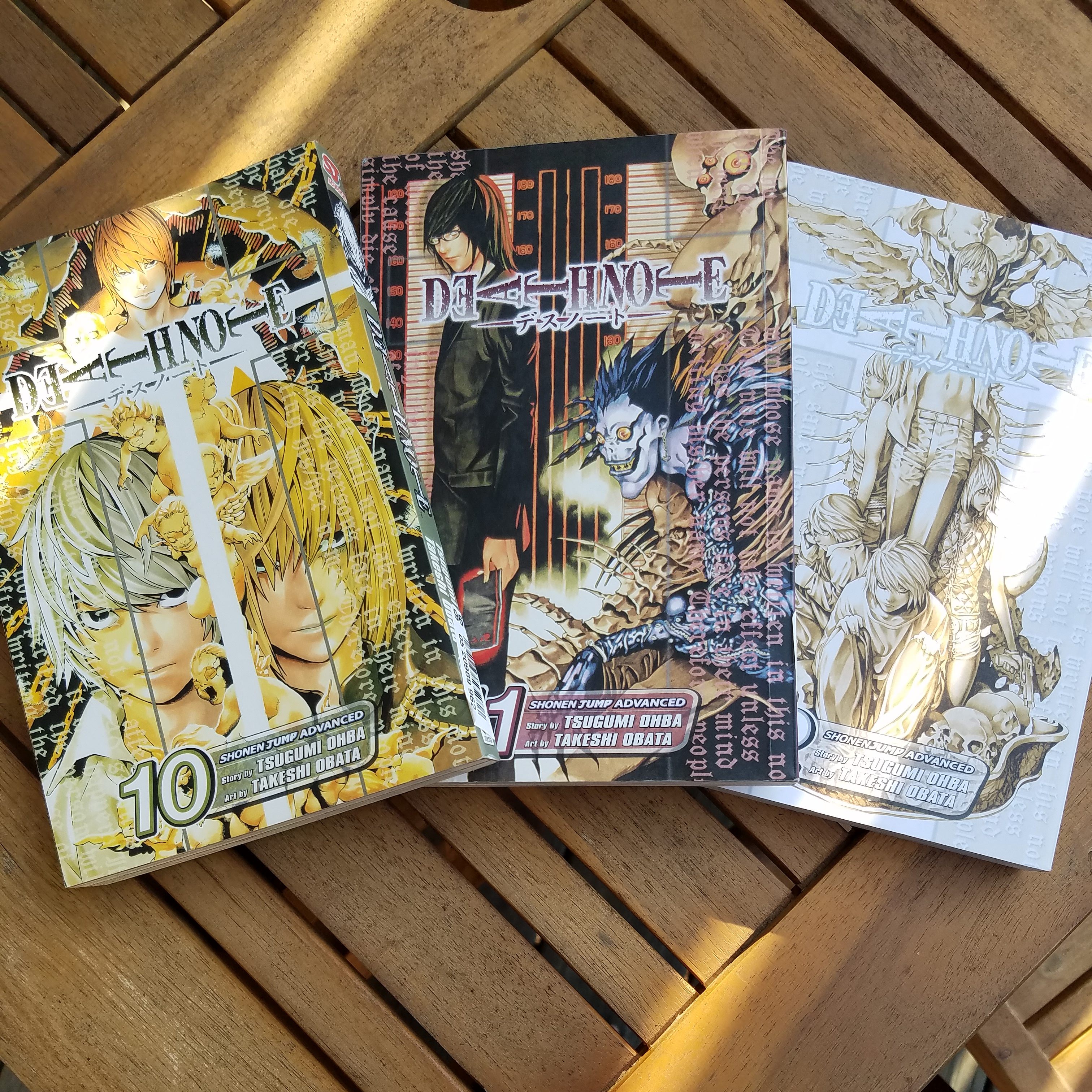 I’m not sure what actually convinced me to buy them. It wasn’t that I was really in the mood to read Death Note (but now I likely will soon just because I can). Maybe it was the fact that it has been literally a decade and my mind was like ‘oh it’s been long enough’. No clue.

Anyway, you should all read Death Note, it’s really neat.

Have you ever lost books or had them borrowed or not returned? Did you re-buy them, or did you turn it into a generational feud like I did?

7 thoughts on “Coffee time: On coming to terms with book borrowing betrayal”