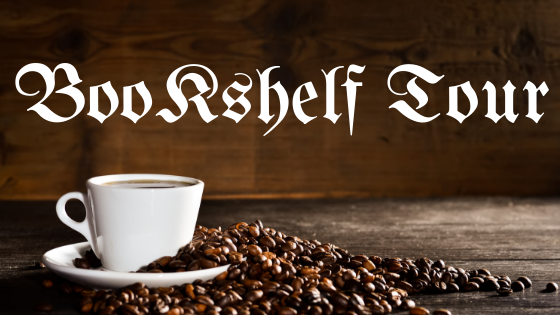 Hello! Today is an updated bookshelf tour! The last time I did one was at the end of 2017. Since then, I’ve added new ones, rearranged a bit, and purged some old ones.

I have quite a few off the shelves right now because they’re either lent out or lying around my place, so any I notice are missing will be noted. None of the books mentioned in the book haul that I posted yesterday are on the shelves yet, so none of them will be shown either. 😛

Also, I almost almost did a video. I shot the footage and everything, and Katy offered to edit it for me. But… I got camera shy at the last minute. I’m not even in it, just my voice. But still. Pictures, haha. 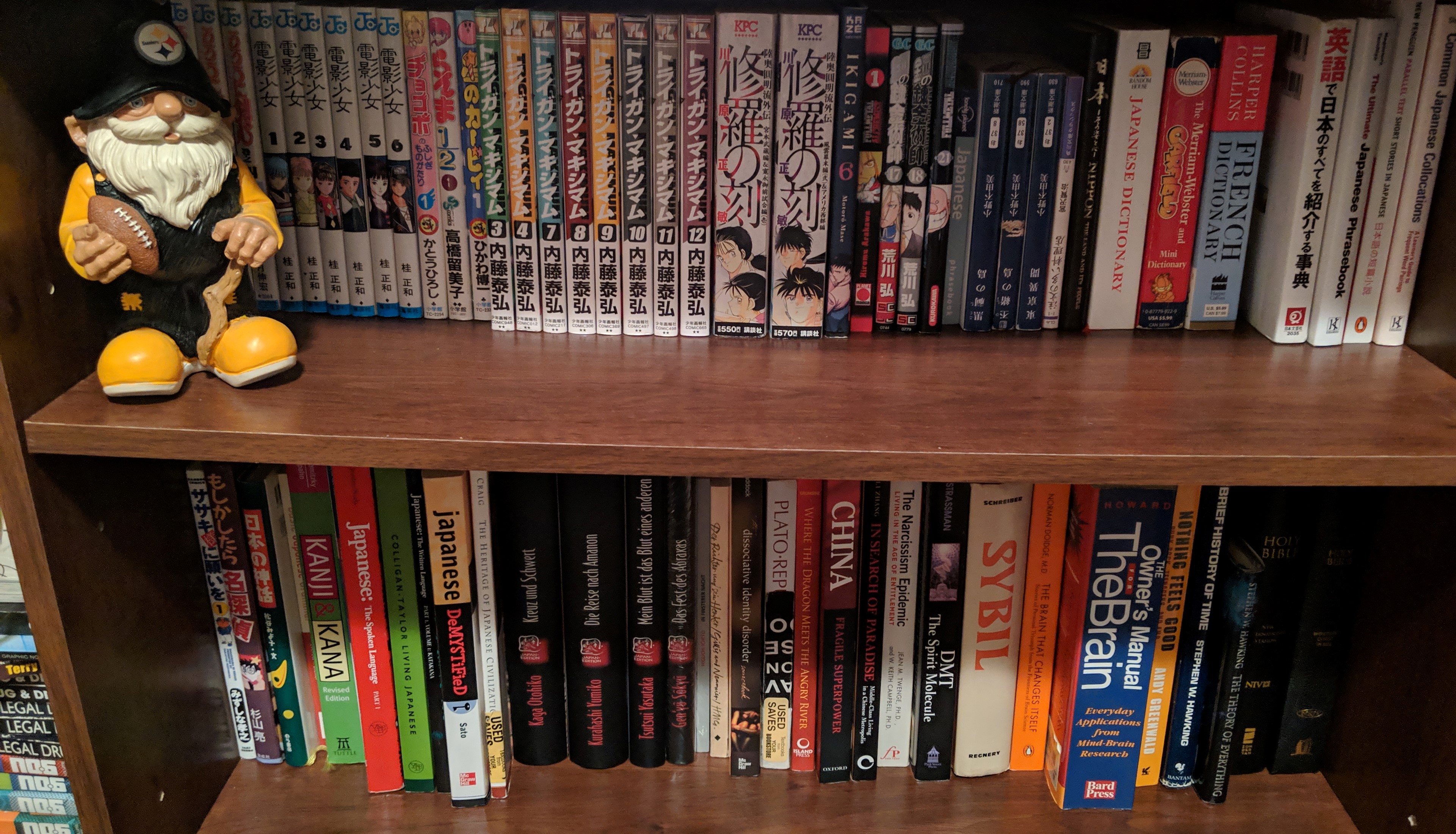 Missing: The Good Women of China 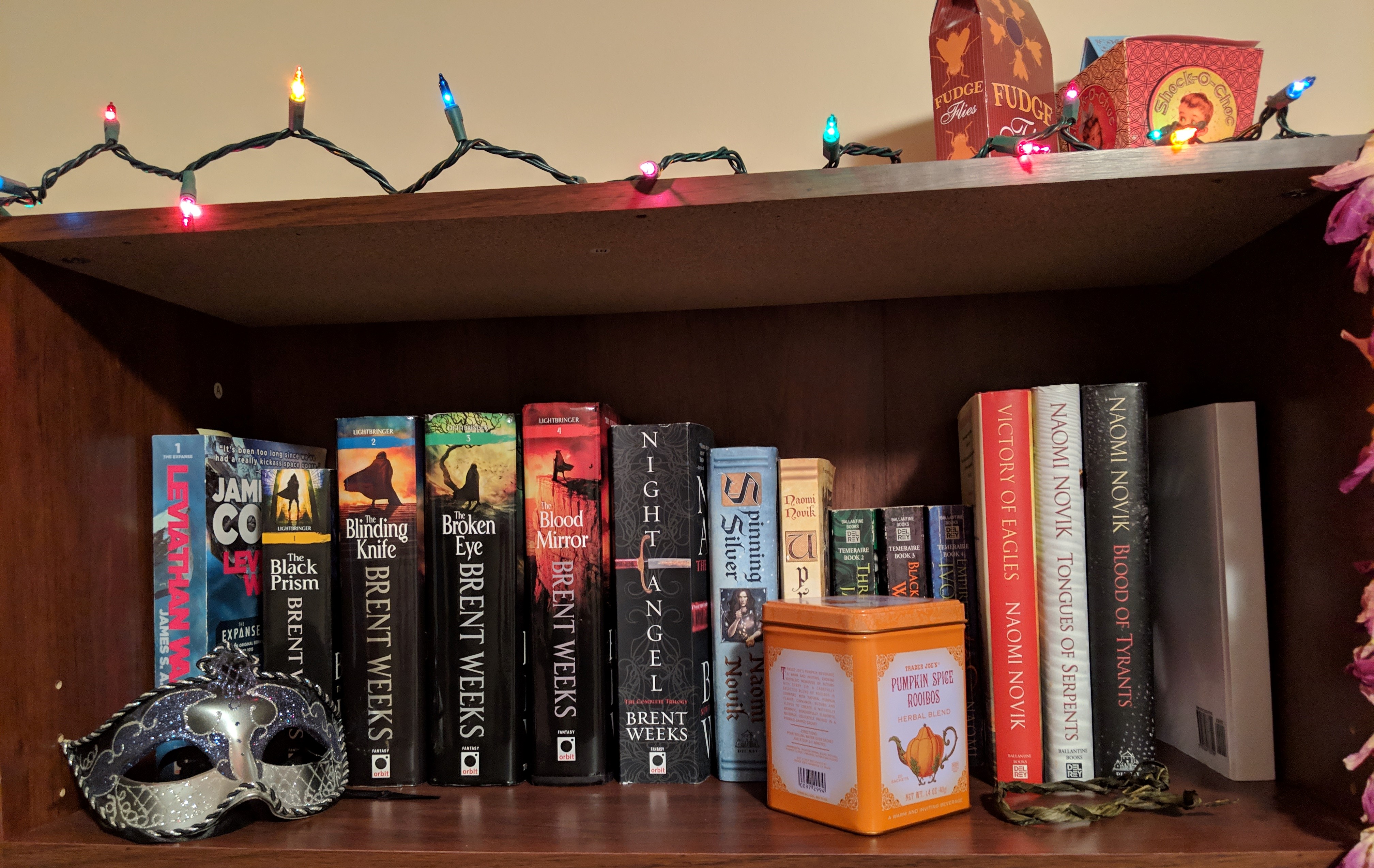 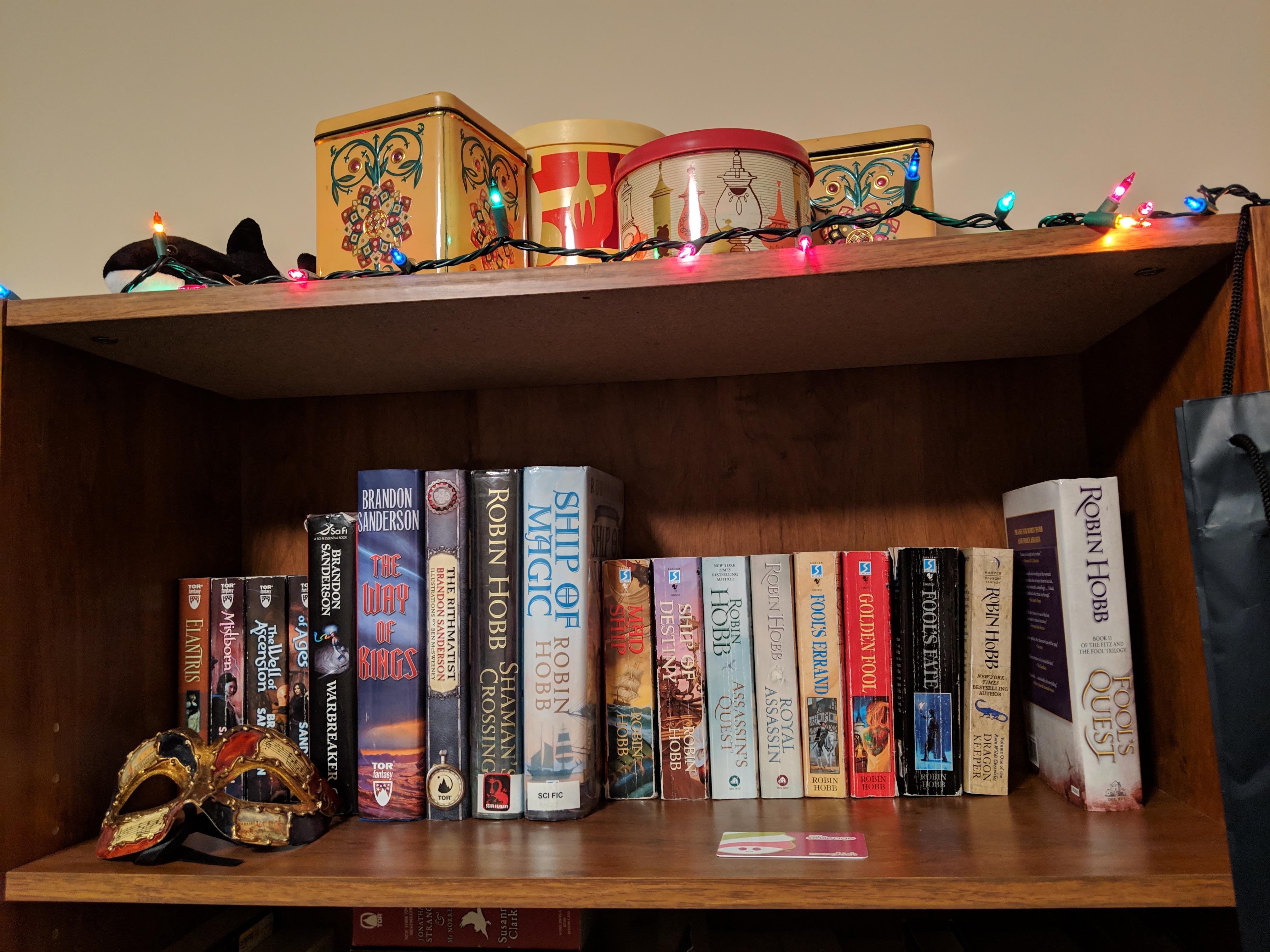 Missing: His Majesty’s Dragon, Throne of Glass, Truthwitch, Assassin’s Apprentice, The Name of the Wind, The Knife of Never Letting Go 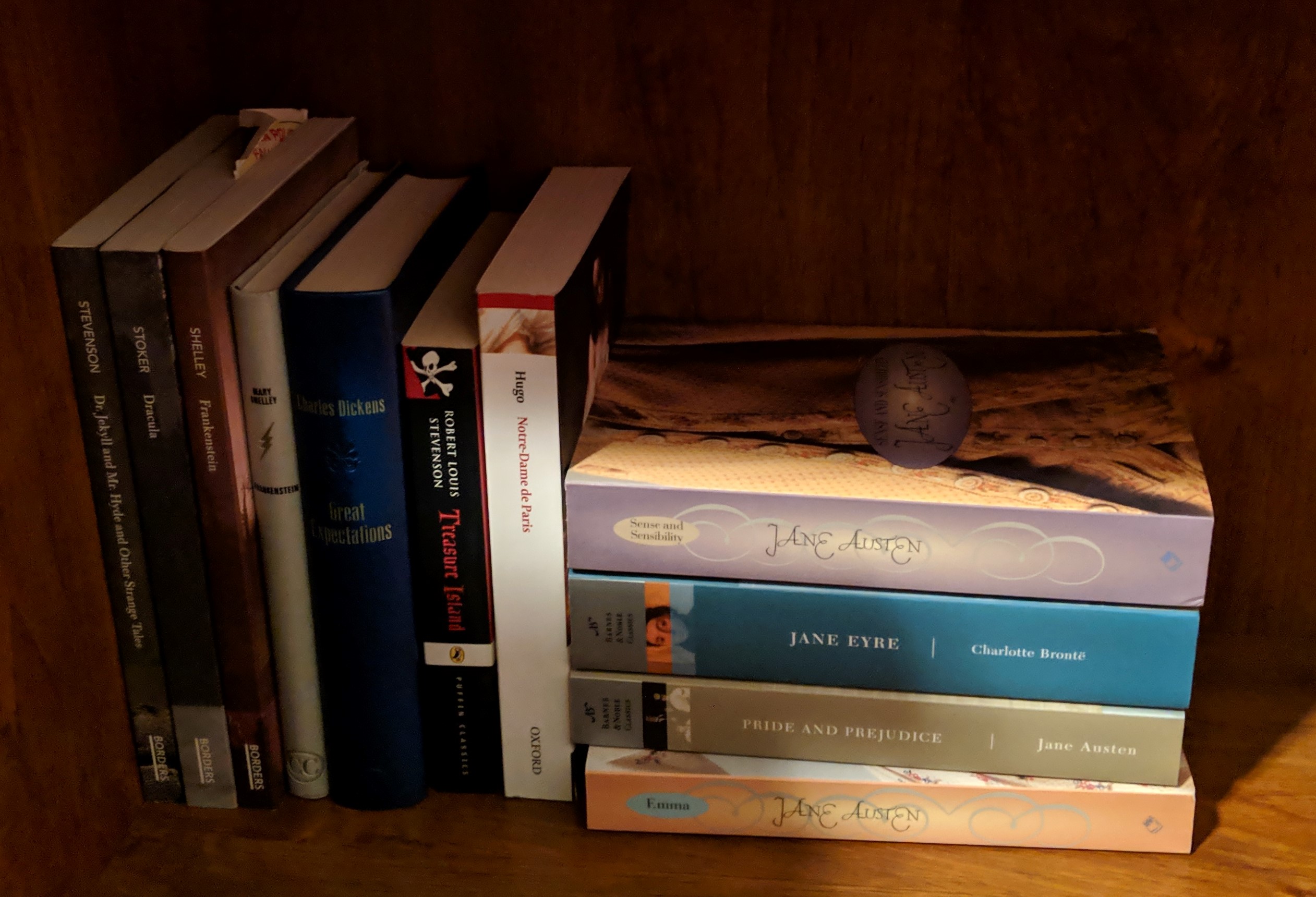 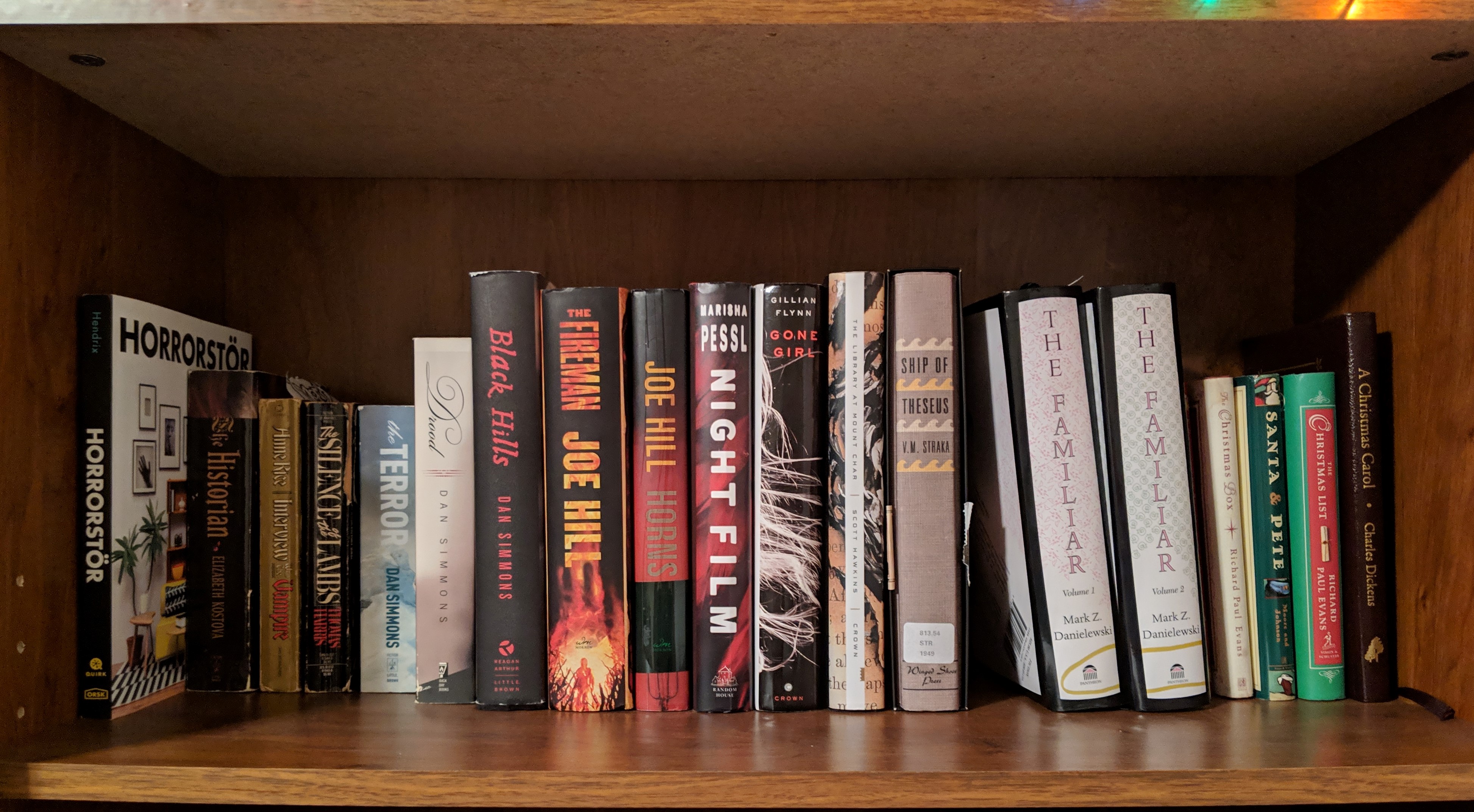 Missing: House of Leaves, Water for Elephants, Isle of Blood

And that’s it! I think with the new books going on, I’m going to need another case. I have two small cases right now among the collection – I might see if I can replace one or both of them with a larger case.

According to Goodreads (which… I keep mostly up to date), not including the newest books from the haul because I haven’t added them in yet, I own 707 books, 270 of which are unread. I’ll go into more detail come January, but I hope to reduce that to 250 or so by the end of 2019. Wish me luck. Ideally I’ll have unread books until I die – it’s no fun otherwise.