Coffee Time: The fate of my book haul books | #2 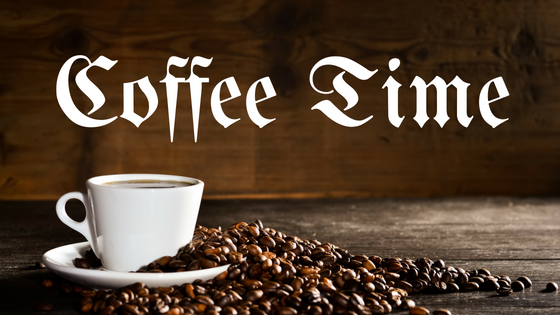 Hello, happy Saturday! Today I want to do another fate of my book haul books post. I started this series last month, where I go over my book hauls since the beginning of my blog and tell you what has happened to those books.

Today is the second time I’ve posted, so we will be looking at book haul #2, originally post on October 29th, 2015. These were the books that I had hauled: 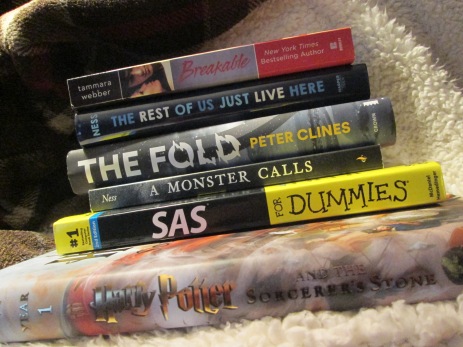 I made a point to read both this one and the second one a couple years a go. I have the third, still unread, and will be picking up the fourth here pretty soon! 5 stars.

The original purpose of me getting this book doesn’t really apply anymore. I had originally picked it up because I was using SAS in one of my programming classing when I was in school, and then the professor decided to change the software so this book became a bit of a money sink. So, I got rid of it…. I think. If I didn’t, I have no idea where it is.

At the point of my hauling this, I had already read it, so obviously I’ve read it, haha. It’s one of my all-time favorite books! 5 stars

Same with this one – I’d read at by the time I hauled it. My original description under my haul was “OH MY GOSH. READ IT. HERE’S MY REVIEW.” and nothing else. So… read it? haha. 5 stars

The Rest of Us Just Live Here by Patrick Ness – Unhauled, read

This is the rare ‘didn’t love it’ of Patrick Ness’s books for me. I read it, thought it was alright, and decided the likelihood of me ever rereading it was basically zero. So, I got rid of it.

This one I ended up rather liking, but I don’t think it was in the same league as its predecessor, Easy. It got a 4 star review from me at the time.

And that’s it for this one. I think this haul will be probably my most ‘complete’ for a while. I’ve read every single one of these except the one reference book. This… likely won’t happen again. I know me.

Again, if you’d like to pick up this series and go over your own hauls, do so! Happy reading!

struggling through one book at a time

Books, writing, and all that fun stuff

The Literary Counsellor
Why I Cant Stop Reading

The Good, The Better, The Books.

Reading Under the Olive Tree