Happy Tuesday! As per usual, I forgot it was Tuesday, so this is goin’ up a tad late in the day.

In descending chronological order, these are the most recently read books that gave me a hangover: 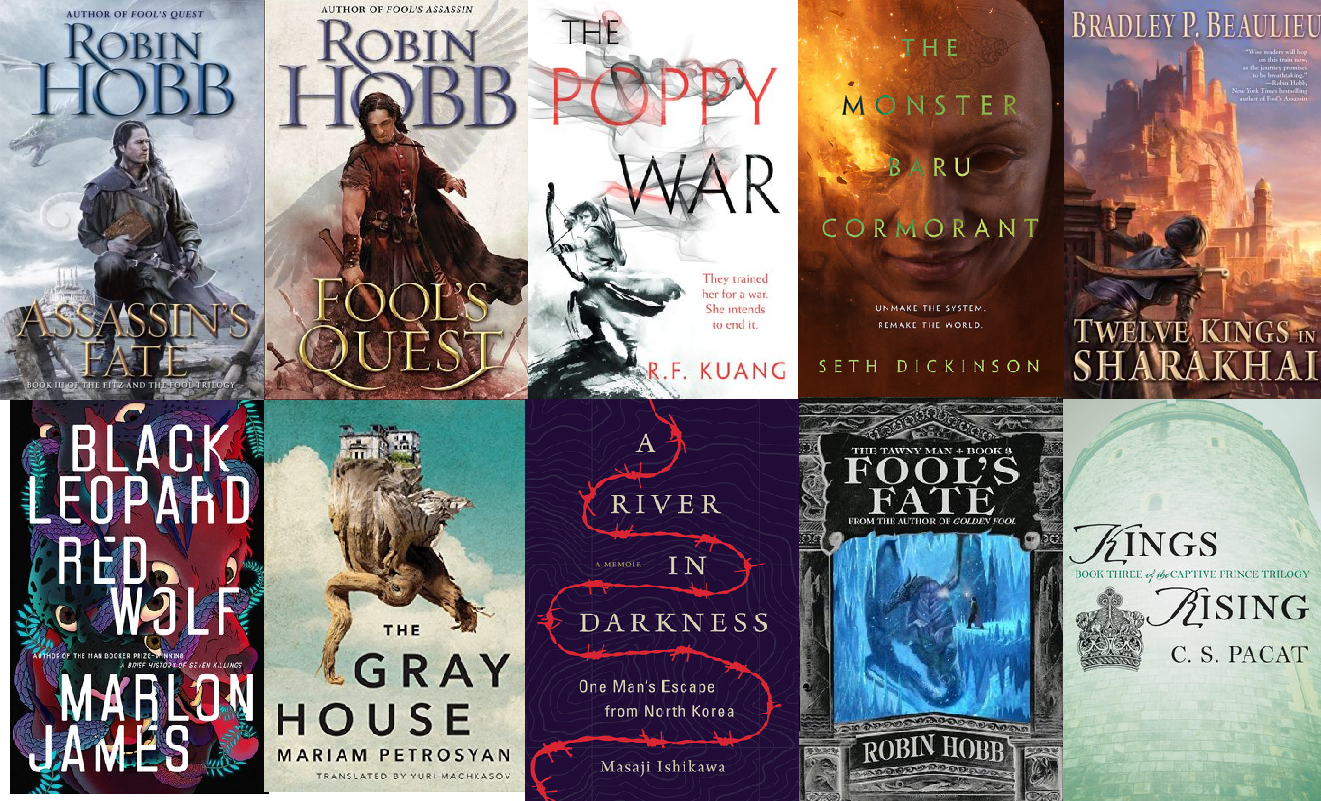 Assassin’s Fate and Fool’s Quest by Robin Hobb – All her books give me book hangovers, let’s be real here.

The Poppy War by R. F. Kuang – I remember reading basically only manga for a while after this one.

The Monster Baru Cormorant by Seth Dickinson – This was one of my favorite books of last year and it left me reeling!

Twelve Kings in Sharakhai by Bradley P. Beaulieu – This one unfortunately was a slump for a bad reason. I didn’t particularly care for this book. It took me ages to read and then after I wasn’t really in the mood to read anything.

Black Leopard, Red Wolf by Marlon James – Same reason as above. This was a negative hangover.

The Gray House by Mariam Petrosyan – Again, a negative hangover. This was actually a DNF, as well.

A River in Darkness by Masaji Ishikawa – This book was just heavy. After I finished it I was emotionally compromised.

King’s Rising by C. S. Pacat – This entire trilogy gave me a hangover, a really good one. This series had me stuck on it for weeks after I finished it.

11 thoughts on “Top Ten Tuesday: The last ten books that gave me a book hangover”