This week’s topic, characters I’d follow on social media, is really neat and it took me a good while to actually come up with the answers. I couldn’t just go with characters I find cool, or that I like but… ones I think would actually be interesting online if that makes sense. There are a lot of characters I thought of and ultimately decided against because I felt like they wouldn’t actually be active online. Their schemes and motives are canonically secret, so why would they post them? I picked the character I feel like would actually give us some entertainment.

Some of my picks will be from manga or books that have anime, tv or movie adaptions, so gifs of the characters will be used where applicable.

10. Mark Watney from The Martian

If you’ve read or watched The Martian, I’m sure you realize why I picked this guy. He’s number ten because to me, he’s the most obvious choice. And you know he’d definitely share literally everything, because in the book he does, even if other people can’t see it right away.

She’s the one on the right, if you haven’t seen or read this series. I knew I wanted to pick someone from this series, but I couldn’t figure out who. Ed and Al and all the alchemists didn’t exactly strike me as the type to spill what they’re doing at any given moment. Then I thought of Winry: She has her own interests, so she’d be posting all sorts of automail and Rush Valley related things, and then she’d be posting snippets of the Elrics’ lives too when she saw them. I figured she’d be a good time to follow.

Really, can you imagine all the cool stuff he’d be posting? Especially after the third book, when he got the teaching position and got to hang out with all the neato animals. His account would be so wholesome, I just know it.

Misao is introduced seven or eight volumes in the manga, and I feel like she’d be one of the few characters to actually keep up a social media account, assuming they were around when she was alive in the late 1800s. Misao is part of the Oniwaban group, a guild of assassins during the Meiji Era. She’s high spirited and fiesty, and is constantly involved in adventures and forces her way into situations that honestly she has no business in. So I figured she’d be entertaining.

I picked Shigure mostly because of his sense of humor. He’s the one ‘adult’ in the house where all the main characters live, and provides a comic, if not slightly wry, relief throughout the series. I say adult in quotes because honestly half the time you wouldn’t think so. I imagine his social media would be full of witticisms that the other characters in the series would groan at and I think it’d be hilarious.

Hunter x Hunter is a recent obsession of mine and I admit, I haven’t read the manga, I’ve only watched the anime. But still: Hisoka is one fascinating character. He’s.. well, he’s messed up in more ways than one. He’s definitely not a protagonist… but I don’t think I’d consider him an antagonist either? He’s like, the most perfect portrayal of Chaotic Neutral that I’ve ever seen. Hisoka is Hisoka and I feel like he’d be interesting online. He’d post all sorts of weird shit.

4. Kip from The Black Prism

Particularly in the later books, I feel like Kip would be interesting to follow. This character is the bastard son of The Prism, the most powerful magic user in the country, and Kip, well, he doesn’t really stand up to that. In the beginning, he’s overweight, untrained, uneducated, but despite all that, he’s hilarious. Kip uses humor at first as a coping mechanism for his own short comings but soon is able to use it just as it is: humor. I feel he’d be so entertaining to follow. 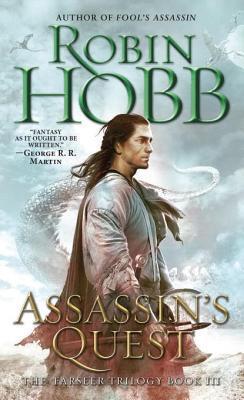 Again, this was a case of ‘I know I want someone from this series but who?!’ If you’ve followed my blog for any length of time, you’ve seen my sing the praises of Hobb’s Elderling series over and over, so I wanted to include a character that I feel like would actually talk about all the events that happen over the course of the books. And that would be Starling. Starling meets up with Fitz, the main character, I believe in the second book. She’s essentially a bard, and is hungrily pursuing Fitz, hoping to create her livelihood from a song she’d write about his life. She follows him endlessly, waiting and waiting for him to do something song worthy, and getting more and more involved in the plot and frustrated about everything in the process. Yeah, her twitter would be entertaining.

For those who haven’t seen or read Inuyasha, it follows Kagome, a teenager who falls down a well and is transported 500 years into the past, right into the middle of the Japan of myth: demons and spirits and all sorts of things are all over, and Kagome finds herself in the middle of a mission against evil. Whenever she’d actually pop back into the present (which she does), her social media would probably have all sorts of interesting photos. …I’m not even gonna touch paradoxes and time travel here. We’re just gonna leave it.

1. Bartimaeus from The Amulet of Samarkand 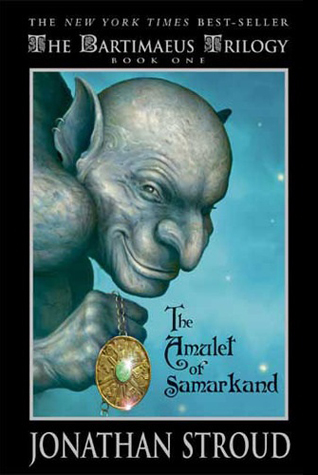 This is it: this is the number one guy. Bartimaeus is a 5000 year old djinni with a habit of interjecting humor and sarcasm into every aspect of his life. He’s probably the most entertaining character I’ve come across. These books are partly narrated by him, and throughout there are footnotes on the content of the book, also written by him, and they make clear his exact thoughts on the situation. I remember laughing out loud multiple times during this book and its sequels. Bartimaeus I think would be great on Twitter.

And that’s it! I must stress again how much I loved this topic. It was so much fun to make this list.