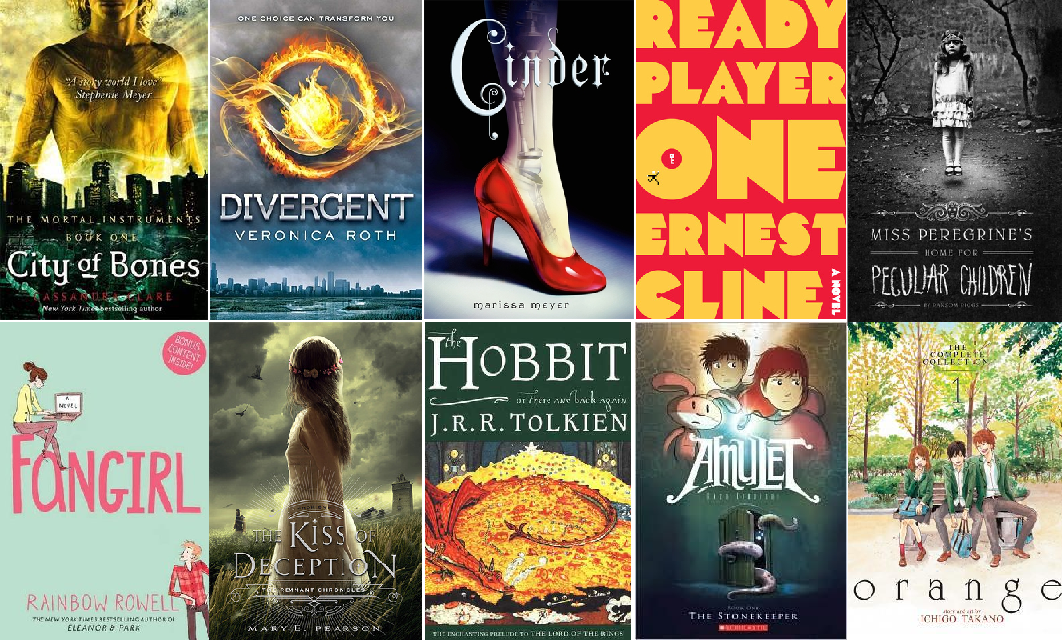 City of Bones, Divergent, Miss Peregrine’s, Kiss of Deception, and Cinder are all well-known YA books that I unfortunately read in my mid-twenties. I can appreciate them for what they are and I did enjoy them for the most part, but I know if I would have read them a decade earlier than I had, I would have been obsessed.

Orange is another one I wish I would have read as a teen. I did read a lot of manga during that time, but this obviously didn’t exist in the mid 2000s. I still really loved it now, but I don’t have the nostalgic love for it like I do a lot of manga I talk about. Ready Player One was another one that would have been good for when I was about eighteen. I liked the book well enough when I read it a few years ago, but I couldn’t get into the melodrama love dynamic. But as a teen I would have been all smitten, hah.

And finally, the book where I think I missed the window by a lot was Fangirl. Why? Because I read this last year and didn’t care for it too much, mostly because I couldn’t get into the mindset of the main character. But I know, I know if I would have read this at sixteen or eighteen, I would have adored this book like everyone else. I’ve always been one for fandoms, but at that point in my life, I was in so deep. So deep. It would have been the perfect book to obsess over. And I just… missed the window.

And that’s it! All of these books as mentioned are ones I’ve read in my twenties and wish I read earlier. I know there are ones I haven’t read at all because I know I wouldn’t enjoy them now when I would have at 13. That’s a whole different list, though.

11 thoughts on “Top Ten Tuesday: Books I wish I would have read as a kid”