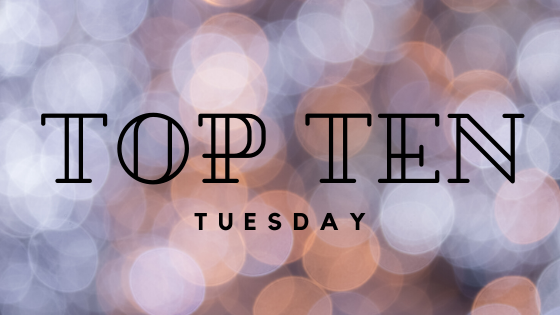 Happy Tuesday! I haven’t done one of these in a few weeks, so I’m pumped about it.

I don’t really do TBRs, first off. I never stick to them. I’m definitely one to just pick up a book I feel like reading and read it, unless it’s for a readathon or a buddy read. So the books I’ll be listing today are ones I have lined up for buddy reads or that my mind is currently telling me I feel like reading! Whether I read them or not remains to be seen. But as of today, this is what I wanna read.

The Monster Baru Cormorant by Seth Dickinson – This will be a reread for me. The third book in the series, The Tyrant Baru Cormorant, comes out in August and I want a refresher. This series has quickly become an all-time favorite and I’m so, so very excited for the new one!

The Harp of Kings by Juliet Marillier – I fell in love with Marillier’s writing when I read Daughter of the Forest last year, so when I saw this in stores I snatched it up. Honestly I couldn’t even tell you what this is about, only that I wanna read it because of who it’s by.

The Tropic of Serpents by Marie Brennan – This is the sequel to A Natural History of Dragons, which I read in April and really liked. I haven’t been able to stop thinking about this world, and I’m itching to get into this one. 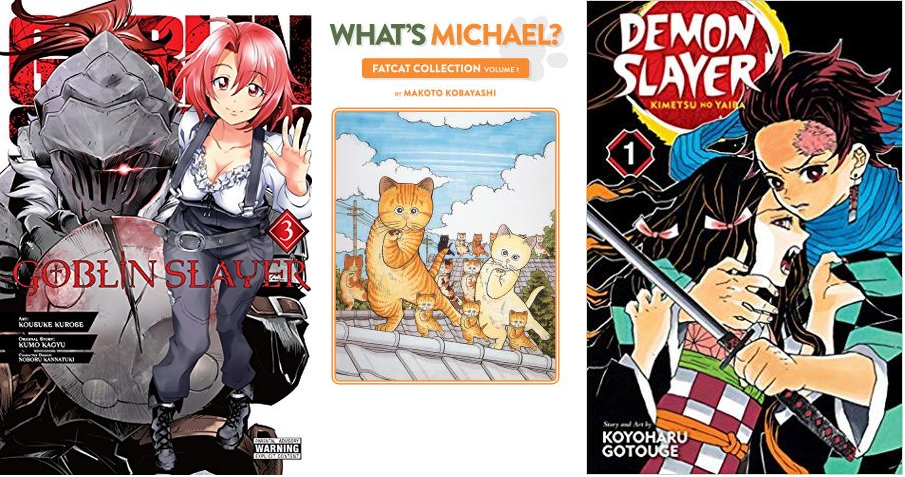 Goblin Slayer by Kousuke Kurose – This one I’ll be starting by rereading vols 1 and 2, since it’s been a while, and then picking up on volume 3 as a new read, which is what I have shown above. Goblin Slayer surprised me with how much I liked the anime of it last year, and I’ve been slowly collecting the manga as I see it. Now I just gotta read it all.

What’s Michael? by Makoto Kobayashi – This is a bindup of the first half of the What’s Michael issues, which I read as a teen. What’s Michael is a humorous, episodic manga about a cat named Michael and just… him being himself. It’s super cute and I really look forward to finishing this.

Demon Slayer by Koyoharu Gotouge – So, I watched the anime of this last season and fell in love with it. The aesthetic, the plot, the music, the animation, the colors, all of it. The music I still think about daily, honestly. So I picked up the manga to hopefully fill the void. Seriously, the opening theme song is really great (and this clip shows off the animation and vibrancy of the colors really well, too):

The Rage of Dragons by Evan Winter – This one’s on my 10 in 2020 list and considering we’re nearly half way through the year and I still haven’t read it, I should really get a move on.

Catching Fire by Suzanne Collins – I reread The Hunger Games recently, in prep for reading the prequel that came out, so obviously I gotta finish the trilogy first!

Shaman’s Crossing by Robin Hobb – I’m gonna buddy-read this with Zezee @Zezeewithbooks! We recently finished Hobb’s Realm of the Elderling series and now we’re on to this one. I’m really excited, I hope I love this book as much as I love all her other ones!

And that’s it! I’m tempted to do a wrap up at the end of the summer to see if I’ve actually read any of these. I mean as of now it’s my intent but… books coming out all the time, you know. It’s easy to get distracted.

If you’ve read any of the above, lemme know! Happy reading!

7 thoughts on “Top Ten Tuesday: Books on my summer tbr!”