It’s August now! Back in June, I made an update 1 to a post I originally made in April when r/Fantasy’s Fantasy Bingo began.

If you’re interested in participating and want to know the full details, here is the 2020 announcement thread about it. And here is the list of recommendations, crowd sourced by all the participants! 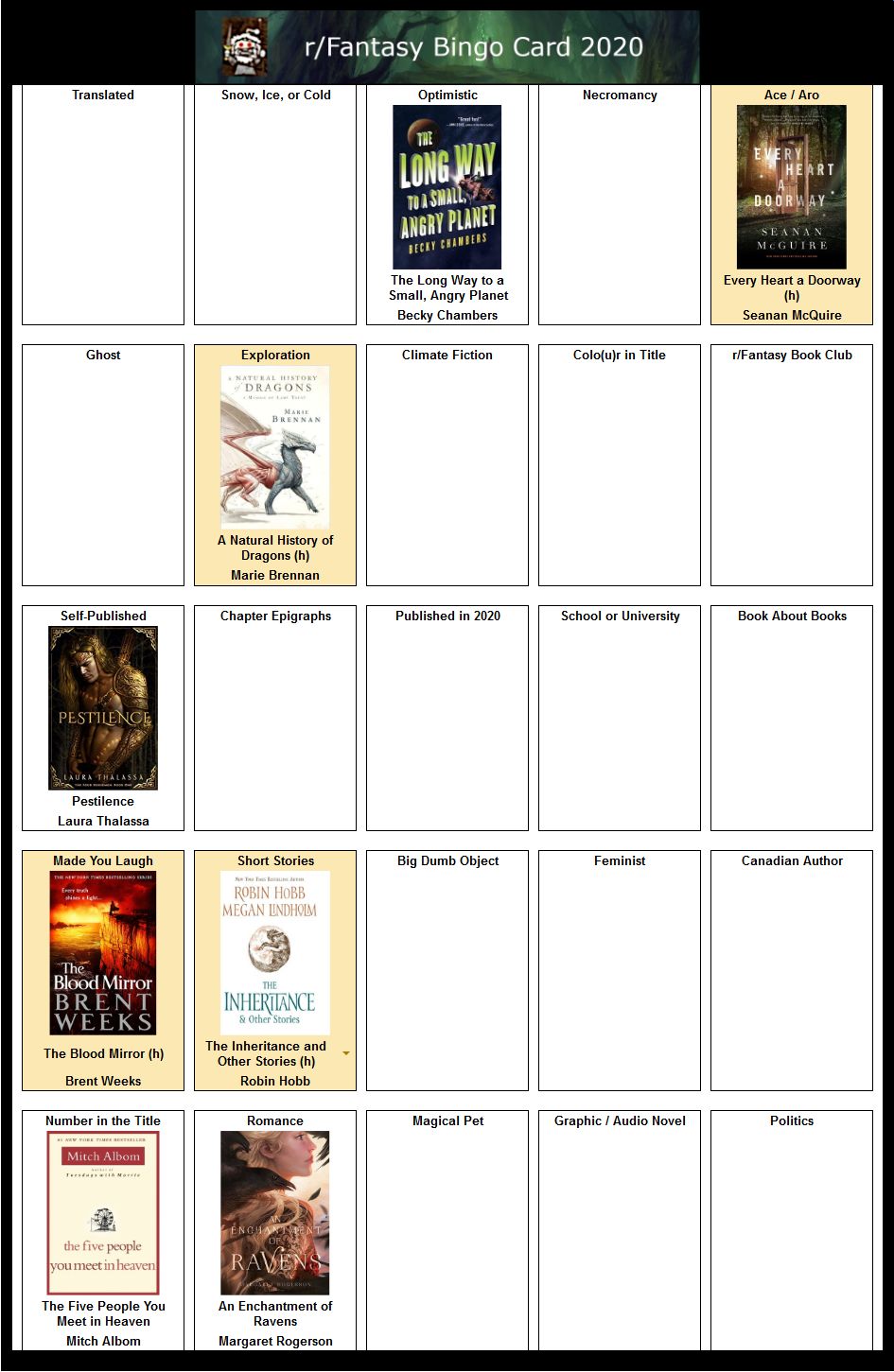 The Five People You Meet in Heaven by Mitch Albom – Obviously filling the ‘number in the title’ prompt, I thought this book was decent. I think the hype of it got to me though so it was a tad underwhelming. My mother in law loves this book though so now I can tell her I’ve read it too, haha.

Pestilence by Laura Thalassa – Self-published! Doesn’t qualify for hard mode though, as this serious is a rather popular one. This book was… decent, I think. I still don’t know how I feel about it. Part of me is super frustrated at it and another part wants to read book two. Hm hm.

So I’ve read a good twenty books since last update, but only two of them were novels that were also spec-fic by unique authors. I know the graphic/audio novel spot is still open and I have a million choices for that, so I’m probably going to save it for last and just fill it in with whatever I want.