I don’t know about you but I somehow feel lighter. I know the calendar is a social construct but something about not having a 0 at the end of the year anymore is super nice.

One good thing that did result from this past year though, is that I read way more than I’ve ever read before in a single year. 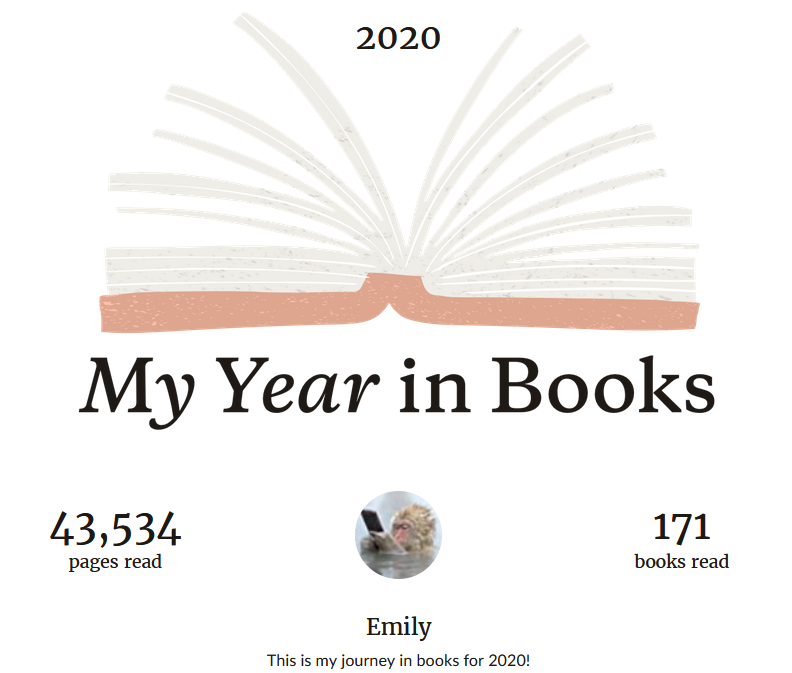 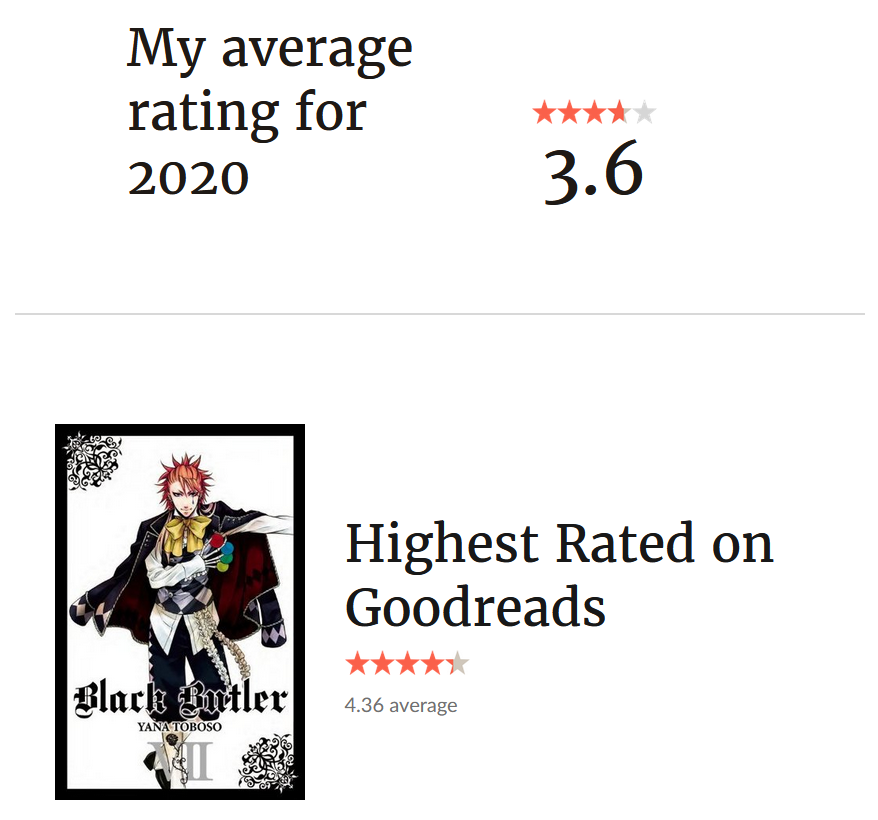 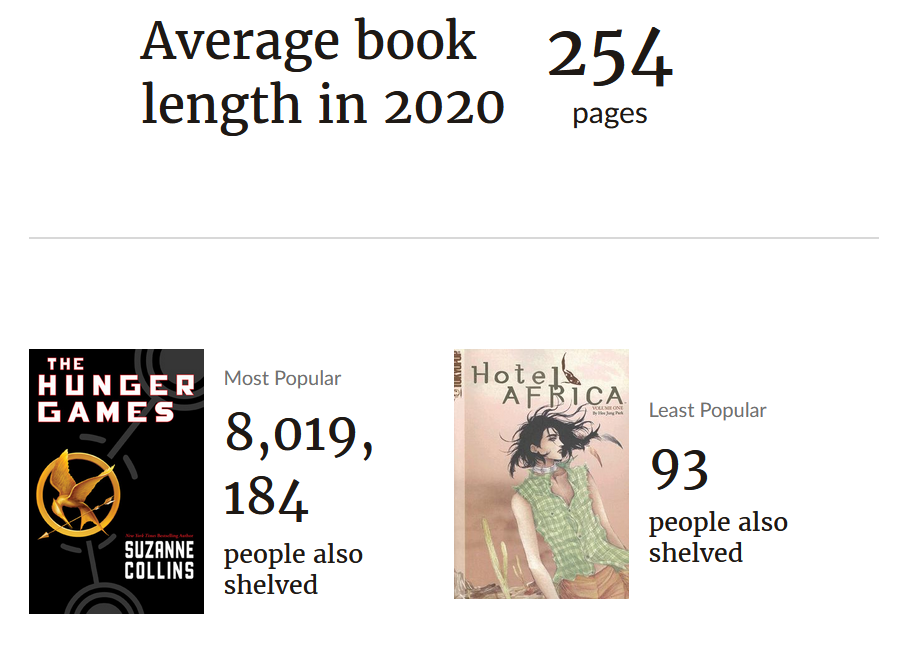 Ps: If you’d like to add me on Goodreads, do it!

These goals were originally posted on January 2nd, 2020.

Look at that! I did all four goals! I don’t think I’ve ever done that before to be honest.

So just like last year, I kept track of my reading stats in a spreadsheet and made some charts! 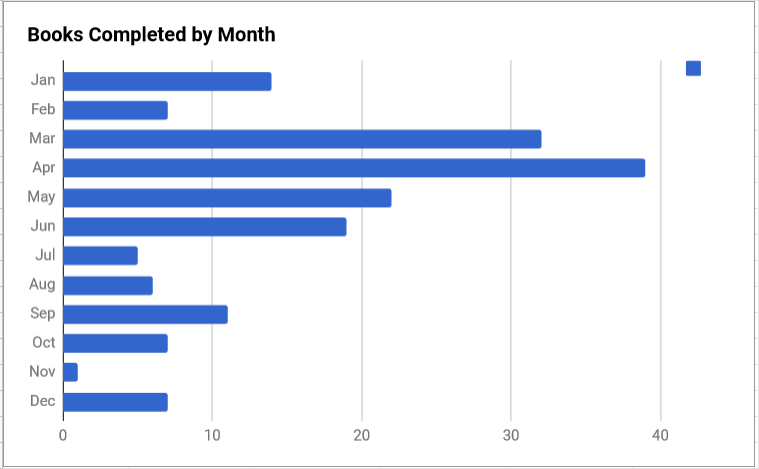 So the beginning of lockdown definitely showed my best reading. I read almost 40 things during April! My lowest reading month was November, which makes sense since I was doing Nanowrimo.

Out of the novels:

Out of the manga:

Finally, the ratings! It’s a bell-ish curve? I guess?

It’s been a while since I had this many five star books, I’m pretty excited about it! I’ll go over them in more detail later in the week during my top books of the year post!

And that is it. A year’s worth of books and now I need a nap I think. Here’s hoping 2021 is bright and shining and hopeful and full of good books.