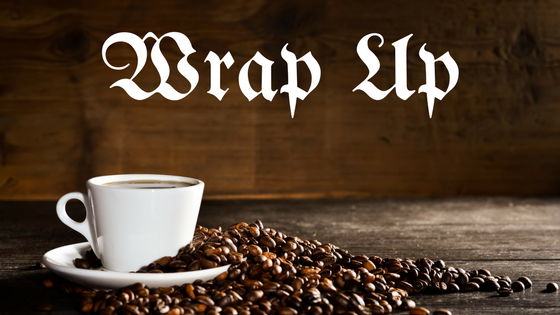 The damn space time continuum has struck again! It’s now June. Here are the things I read in May!

This month, I participated in two readathons, Bout of Books 22 and Borrowathon. All of the reads below were finished as a result of those!

Throne of Jade by Naomi Novik 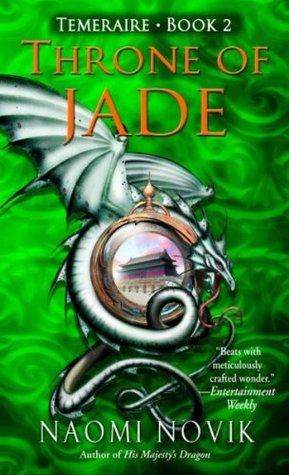 Last month or so I began my reread of Novik’s Temeraire series – I read it originally back in high school and at that point there were only five books out. When six through nine came out I didn’t ever get to them. So since the series is finished now and because I’ve touted it as one of my favorites for a long time, I figured I should actually finish it. And just like the first one, this one was also 5 stars. I’m glad that I’m enjoying it just as much this time around as I did last time.

Cupcakes, Trinkets, and Other Deadly Magic by Meghan Ciana Dodge 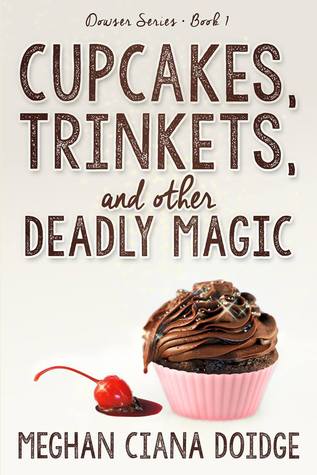 I picked this one up as an ebook years ago and honestly forgot it was on my account. When I picked up another ebook recently I saw this on there and figured I should read it.

It wasn’t my favorite. It wasn’t bad per say, but it was kinda… oomph-less. There were a lot of tropes concerning the main character, the plot was very predictable, the writing was not exactly well-crafted, and the side characters – which I actually liked – I didn’t get nearly enough screen time. Overall it was a meh read and I likely won’t continue the series unless the second book becomes available via kindle for free or something. I gave it 2 stars.

My Hero Academia vols 1 and 2 by Kohei Hirokoshi

These were both 4 star reads for me and honestly they would have been five, except that I’m also currently watching the anime and had already watched the plot these two volumes covered. So I didn’t get the same ‘wow’ factor as I did if it would have been my first exposure. But the anime series I’m really digging and the manga is just as high quality in my opinion. I can see why this is the new ‘it anime’. It’s really great.

Merman in My Tub vol 1 by Itokichi 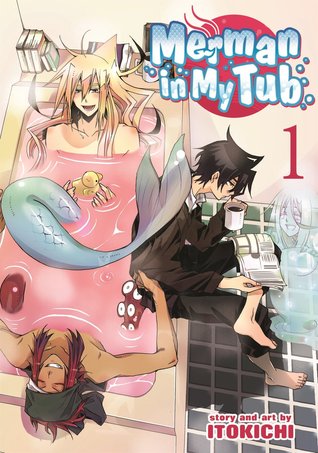 This manga I picked up as part of borrowathon, and honestly it was not my cup of tea. The premise is that this merman shows up in this guy’s tub one day…. and that’s it. Like, there’s no plot other than ‘oh hey this merman is here’. And what’s worse is that the merman is essentially a giant man child. The author tries to portray him as this tiny little adorable creature and the house owner treating him with an ‘you’re a bit exasperating but you’re lucky you’re cute’ kind of manner, but it comes off as this merman mooching off this guy, acting totally helpless, and doing this weird very childlike ‘well I’ll help!’ stuff that goes as far as a normal five year old would be able to take it. And I’m reading and waiting for a plot to pick up… and it never does. My friend lent me the first six volumes of this, and I read the synopsis of the back of the rest and it’s more ‘oh hey this merman is still here, what a hoot!’. So I give them back to my friend and ask if a plot ever pops up and she says not really, that the manga is meant to just be light and fluffy. I suppose I can understand that, but the merman acting like a child the whole time kind of ruined it for me. I gave this 2 stars and won’t be continuing. 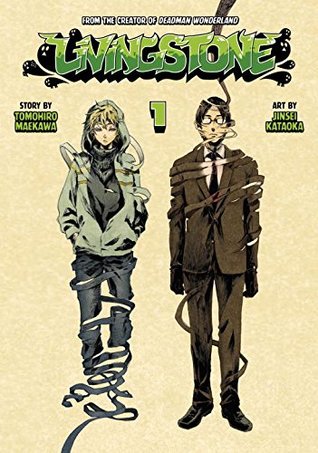 This manga I picked up from borrowathon as well, right after quitting the above, and went into it expecting the worst. My friend and I swap manga and books all the time and our tastes align roughly fifty percent of the time. Sooo I was expecting this one to be another miss. But! This one actually turned out to be pretty neat, and I’m currently in the middle of volume 2.

This series follows two characters that attend to soul stones – the souls in people’s bodies are on a set plan and when the bodies they inhabit go astray – suicidal thoughts, violent behavior, etc etc, it can mess up the soul’s plan. So the characters’ job is to go around setting people right again, or killing the person if they cannot be saved and help the soul move along to the next phase of its plan successfully. Like, the premise was really neat and I think the execution was even better. I’m seriously digging this series. This first volume was a solid 4 stars for me, and I feel like it has the potential to get even better.

I saw Deadpool 2 and Solo this month. Both were pretty solid movies. I think the beginning of Solo left a bit to be desired but it picked up and recovered rather well. And Deadpool was just Deadpool, as usual. Those movie, at least to me, are really hard not to like.

I’ve gotten to the point where there aren’t any books of mine to purge. Usually I’ll go through and get rid of books I lose interest in periodically. I tried last night and none popped up. That means I’m totally content with all the books I own. 😀

I got a raise at work! I’m celebrating by going to the bookstore today and going a bit nuts. 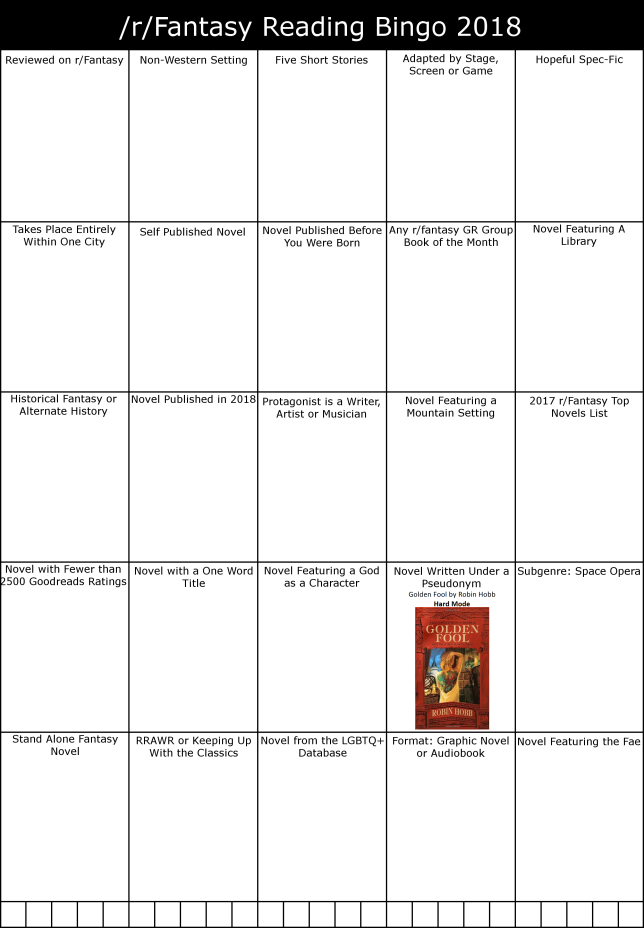 And that’s it! I’ve decided to do personal/blog goals at the end of the year instead of an update every month. There’s a lot of repetition saved that way. Happy reading! 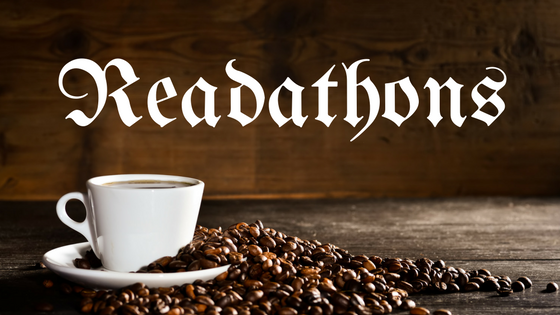 Happy Saturday!! Today’s post is my potential TBR for the Borrowathon, which is starting tomorrow, May 20th!

Borrowathon is a readathon where you focus on reading books that you’ve borrowed – from people, from the library, whatever you want. And I have this habit of borrowing books and keeping them for a long, long time. I take care of them and give them back, but it usually takes me a while (and I warn people of this before they lend to me, so I’m at peace with it).

Soooo this is the stack of books that I currently have borrowed: 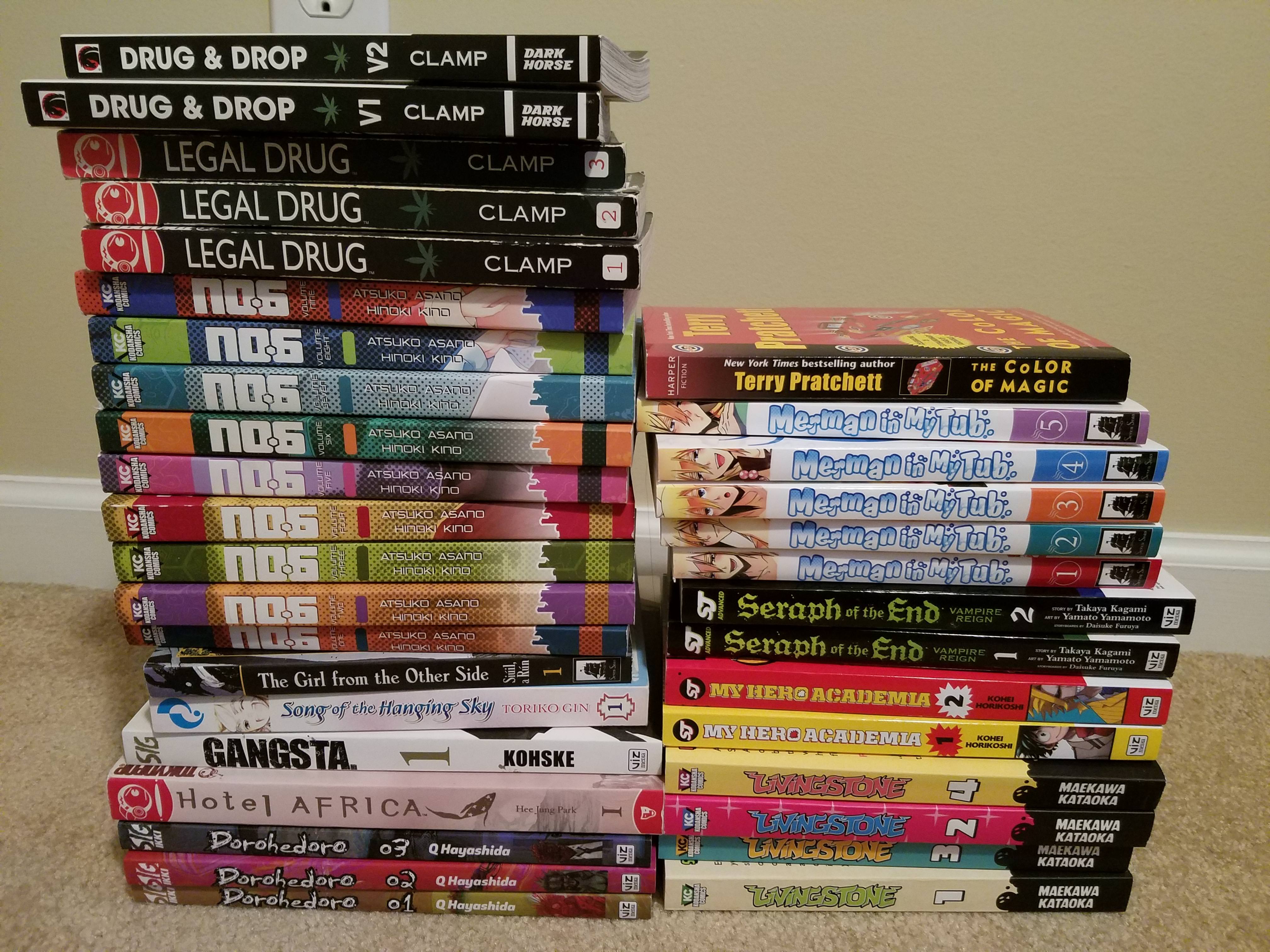 And then add onto that Y: The Last Man volumes 7-10 because I honestly forgot that I had them until the friend that lent them saw this picture and went HEEEEEY.

So my goal is to get through about half of these. They’re almost all manga so if I keep focus I should be fine. 😛

So, the readathon starts tonight/tomorrow morning at 12am and runs through Sunday May 27th at 11:59pm. You get eight full days to buzz through all the books you’ve borrowed. 😀

And there are challenges, too! I may or may not participate in them, depending on if any of the manga I read fall into their categories, hawhaw. Those (and the link to the Borrowathon twitter account where the whole thing is hosted) is here:

1. A book award nominee or Winner
2. A book with your initials on the cover
3. Someone else’s favorite book
4. A book that everyone else has read but you
5. A book from your favorite genre
6. Read a book that features a library#BorrowAThon pic.twitter.com/i2TKYBEB2Z

If you’re participating, do let me know! Happy reading!