Hello! I’ve decided to do one of those bookshelf tour thingies. As I have a blog and not a youtube, this will be done through photos. 😛 I’m fairly sure that each photo is clear enough that you should be able to see titles if you want. Any photo I place here you should be able to right-click and select ‘view image’ to see the full size if you need a larger view of the thing.

As I’ve mentioned (a billion times now) I moved recently. We moved from a two bedroom apartment into a three bedroom townhouse. And since it’s just my husband and I right now, those two extra bedrooms we’re using as not-bedrooms. One is our office (which is still a bunch of boxes).

The other is my uh… my library. :”D I have my own room dedicated to books! The photos you’ll see are how it looks right now. I want to get a big, comfy arm chair in there though. Right now, there’s an antique rocking chair and while it’s actually comfy to sit in, you can’t really curl up in it. So I’m on the hunt for a recliner.

Anyways, here are my books. I’ve been collecting them for two decades. Anything listed as ‘not shown’ I’m either currently reading, is lent out, or is still in a box somewhere. 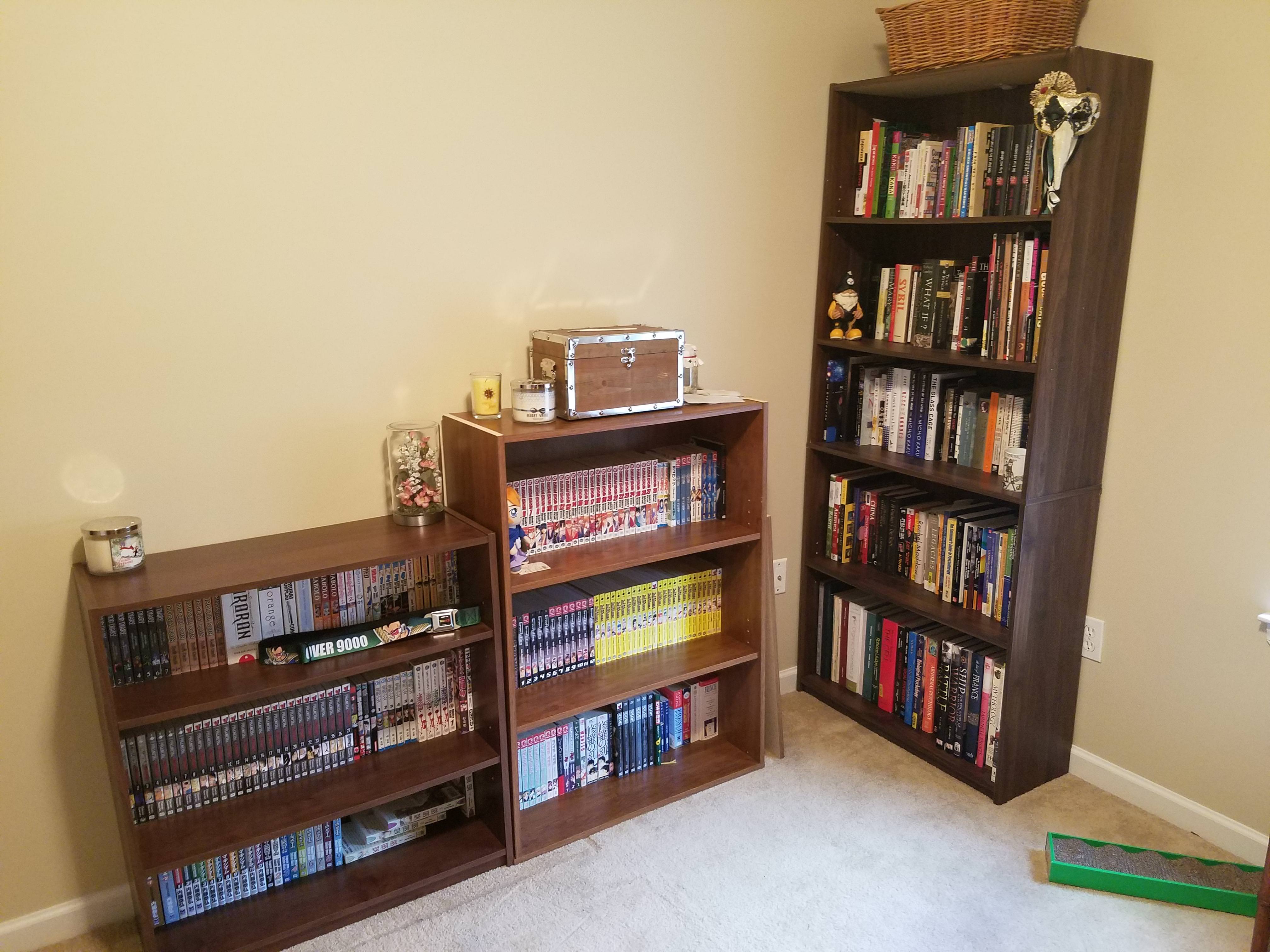 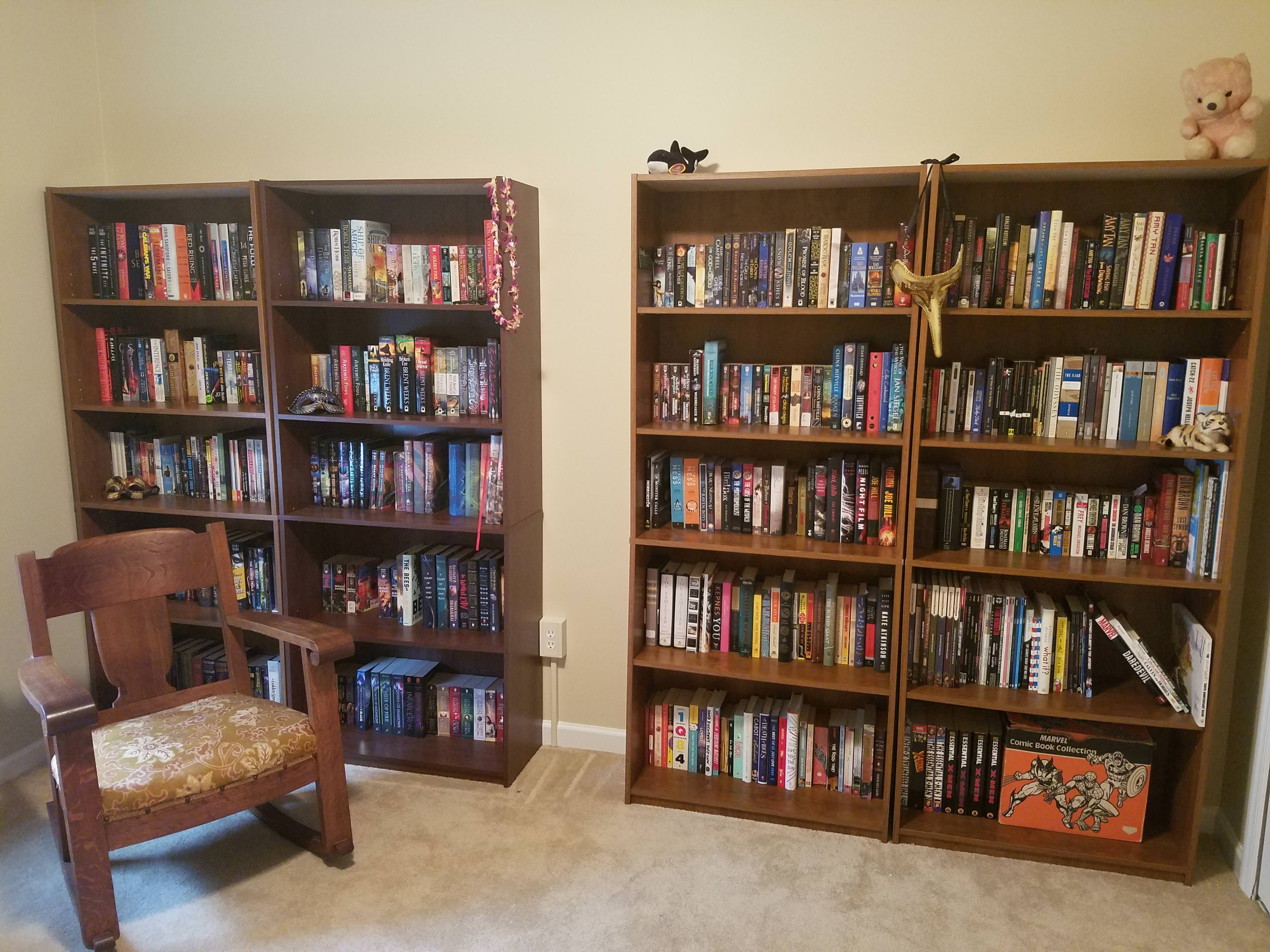 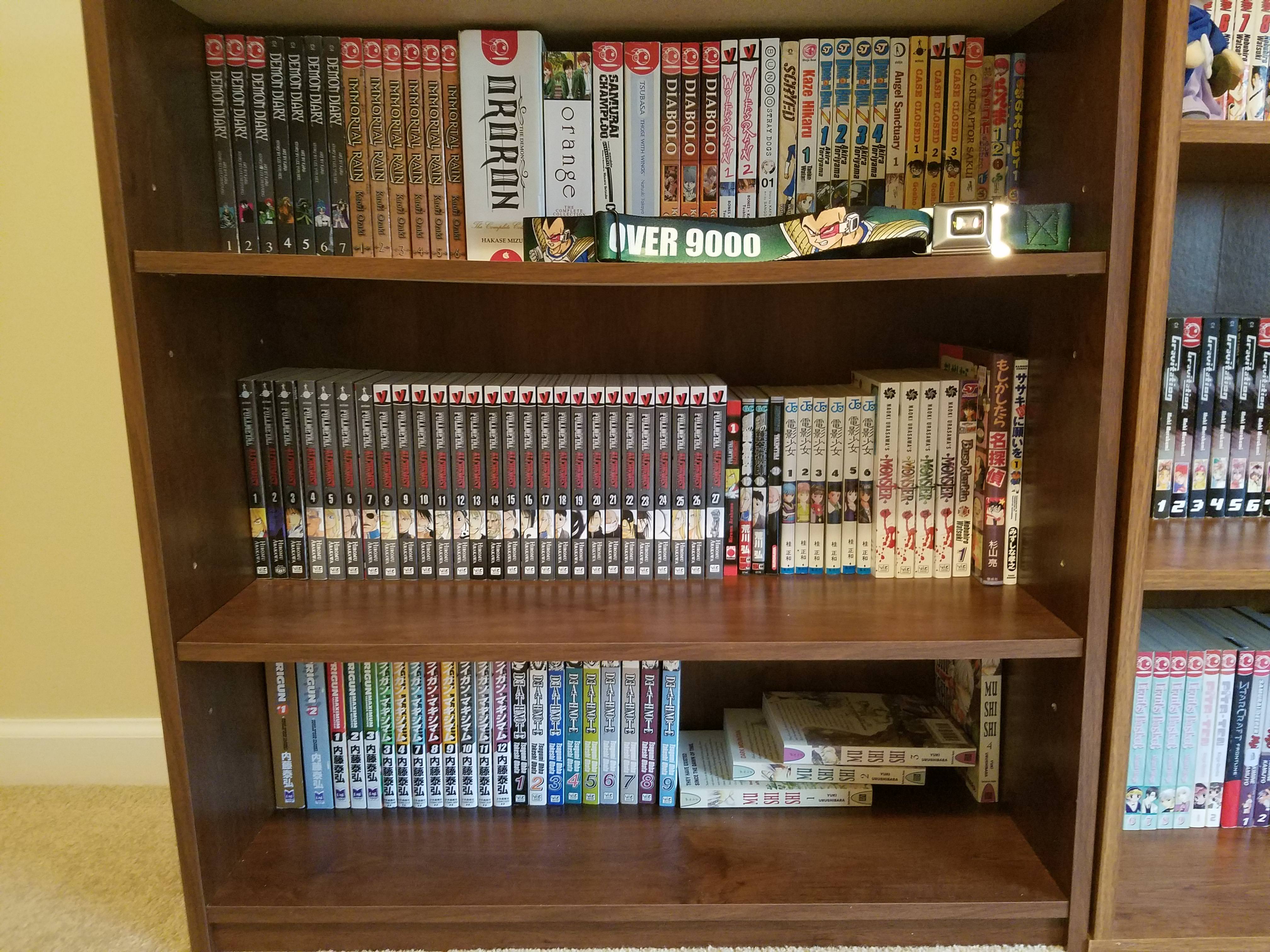 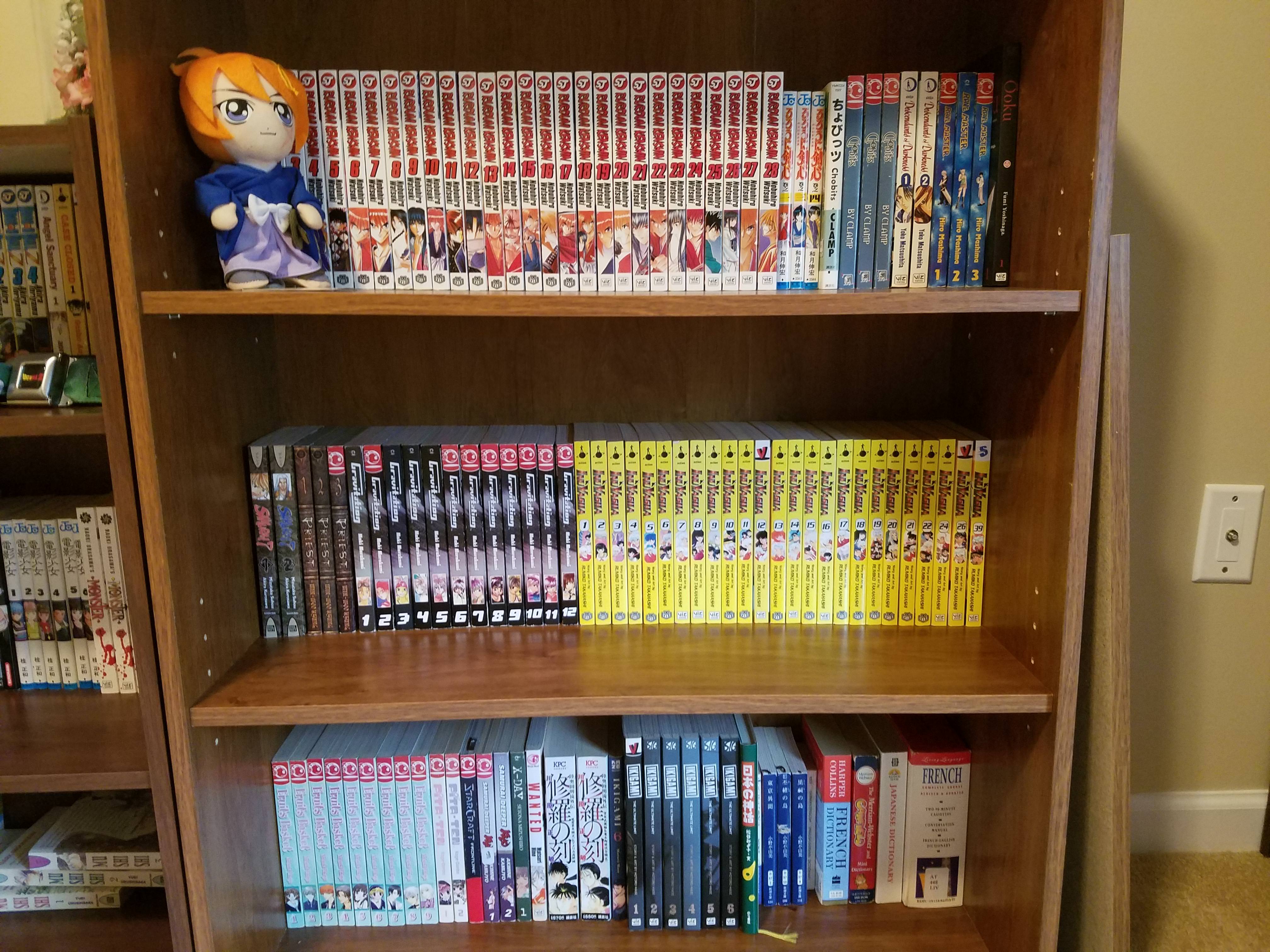 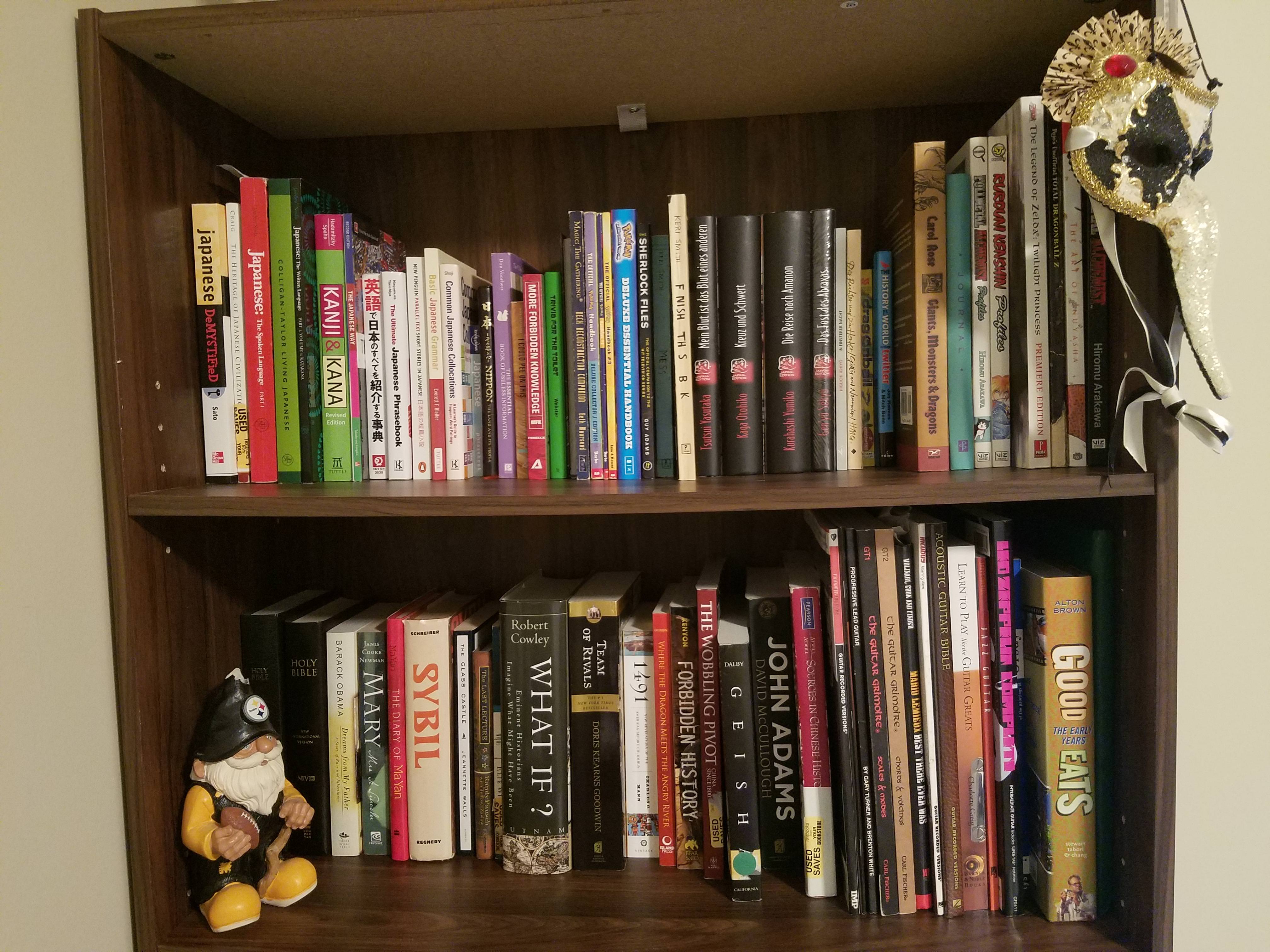 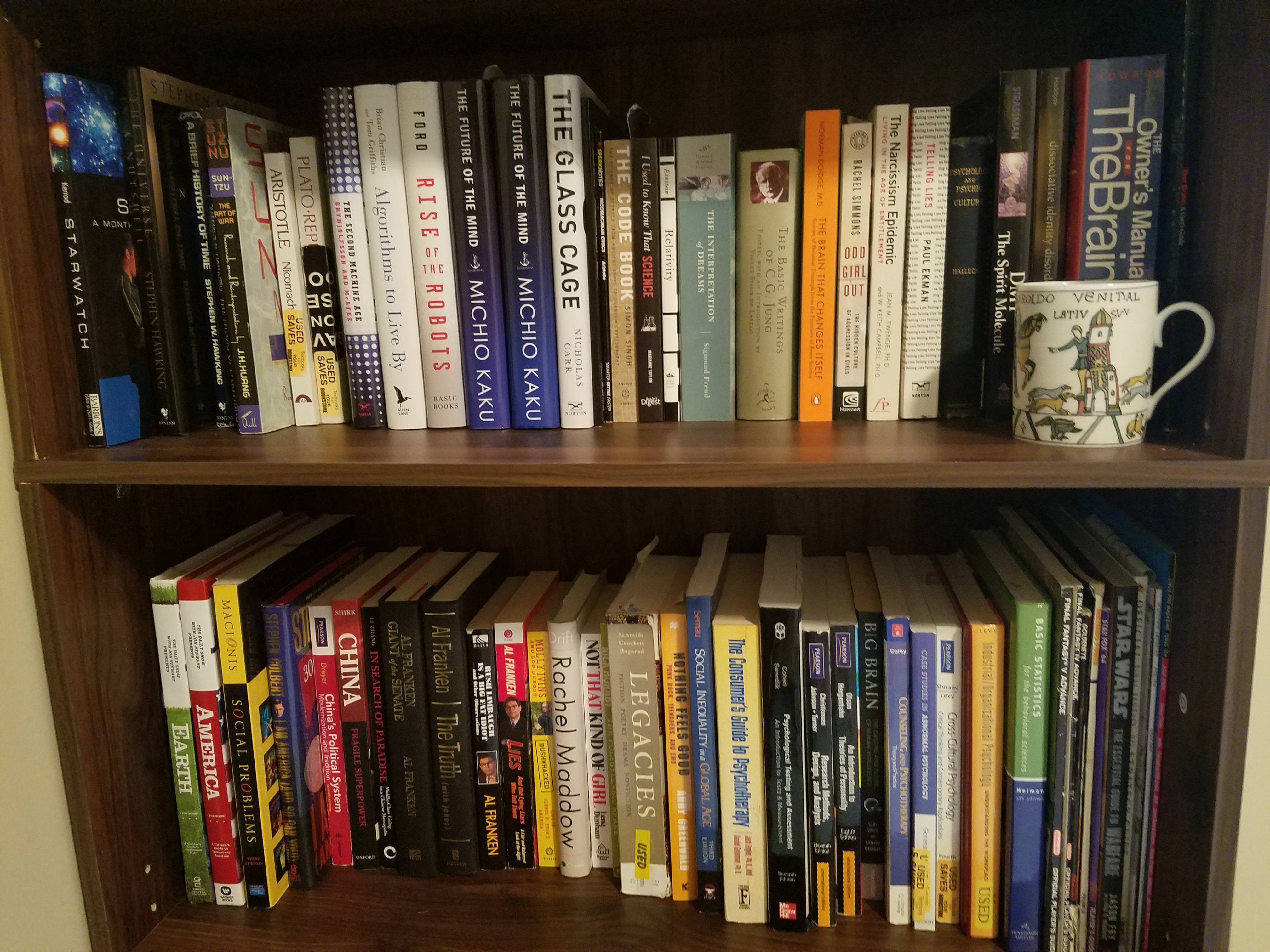 Sci-fi
Not shown: Leviathan Wakes by James S. A. Corey 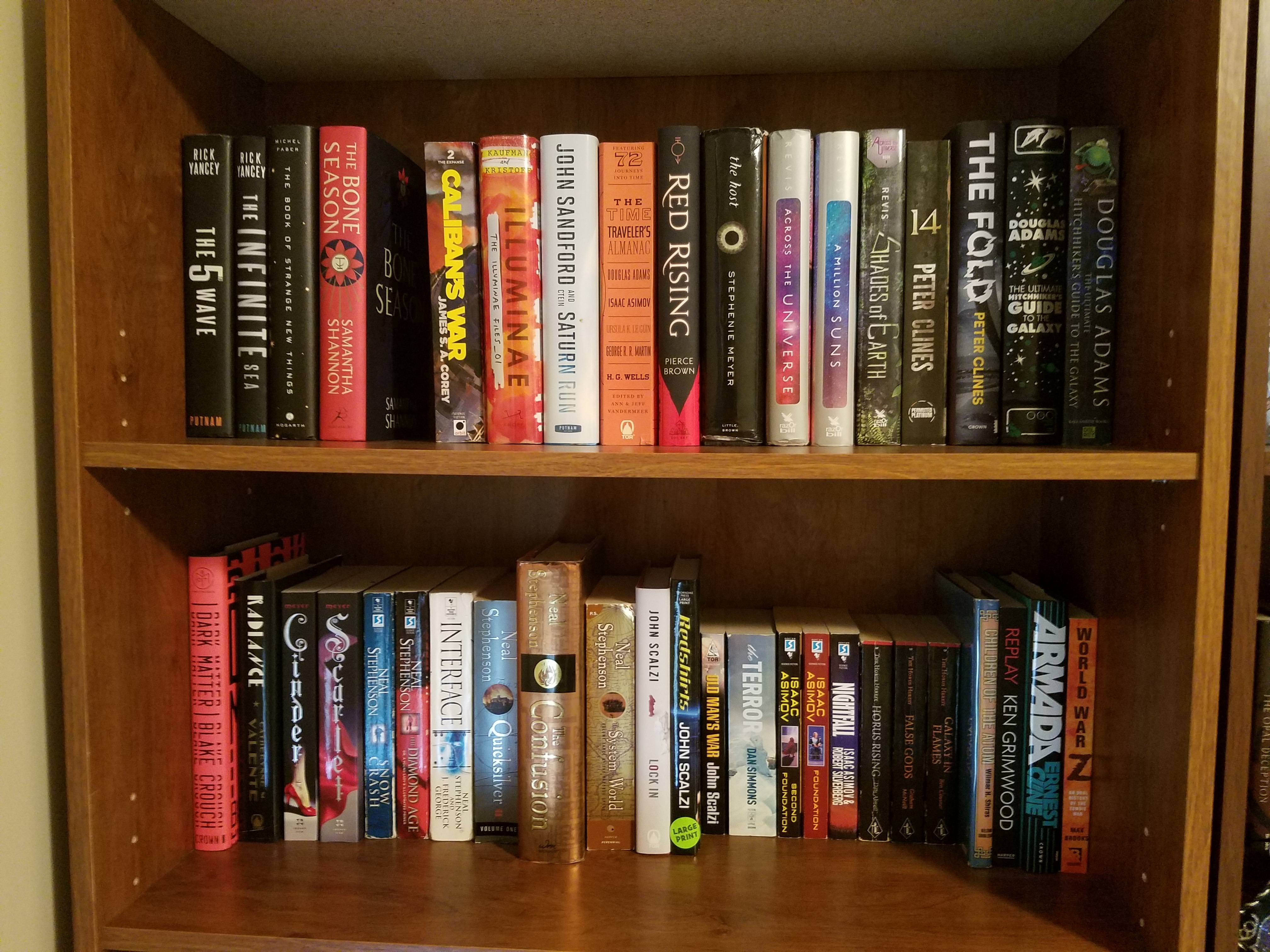 Sci-fi, fantasy
Not shown: The Amulet of Samarkand by Jonathan Stroud 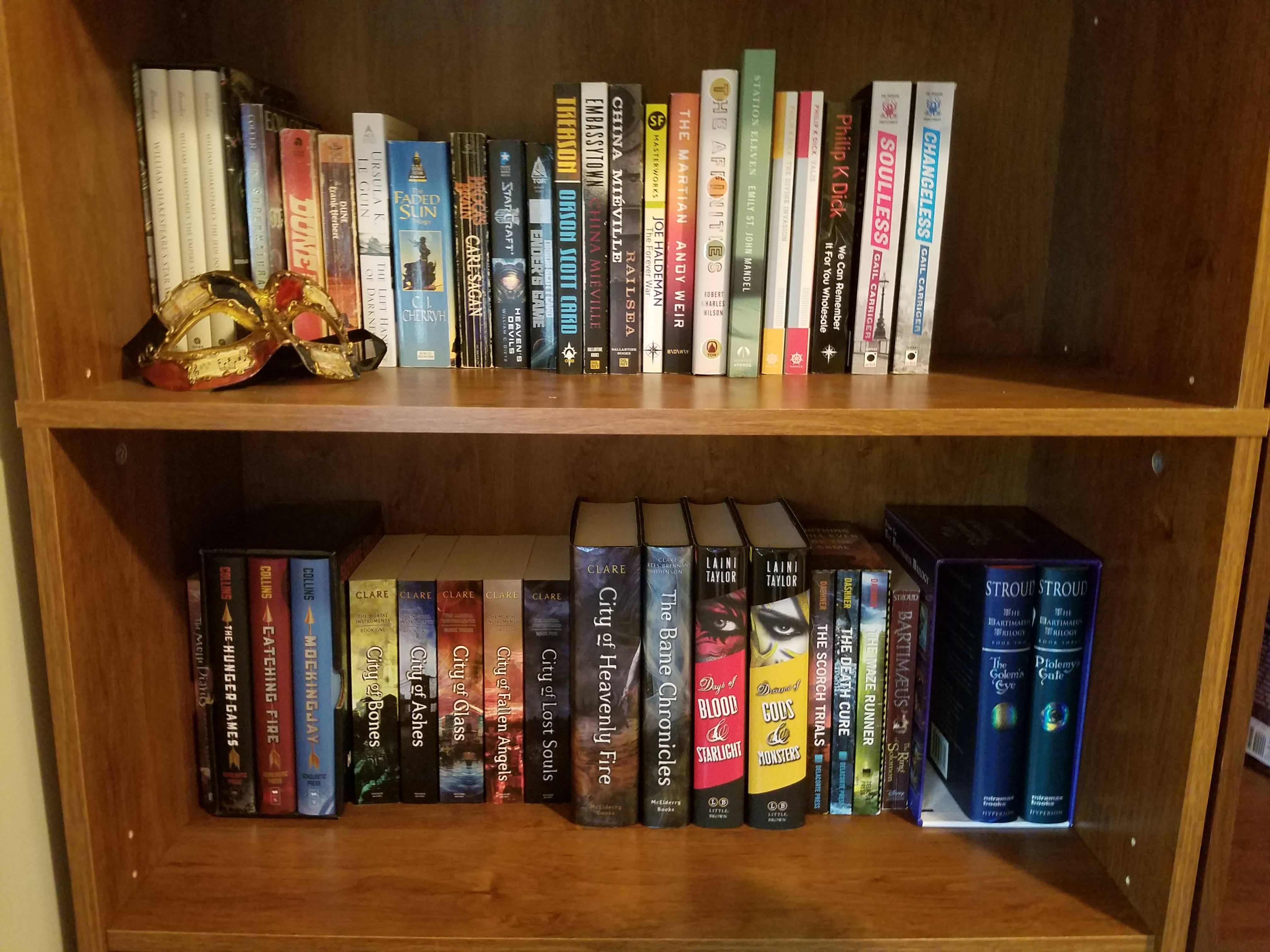 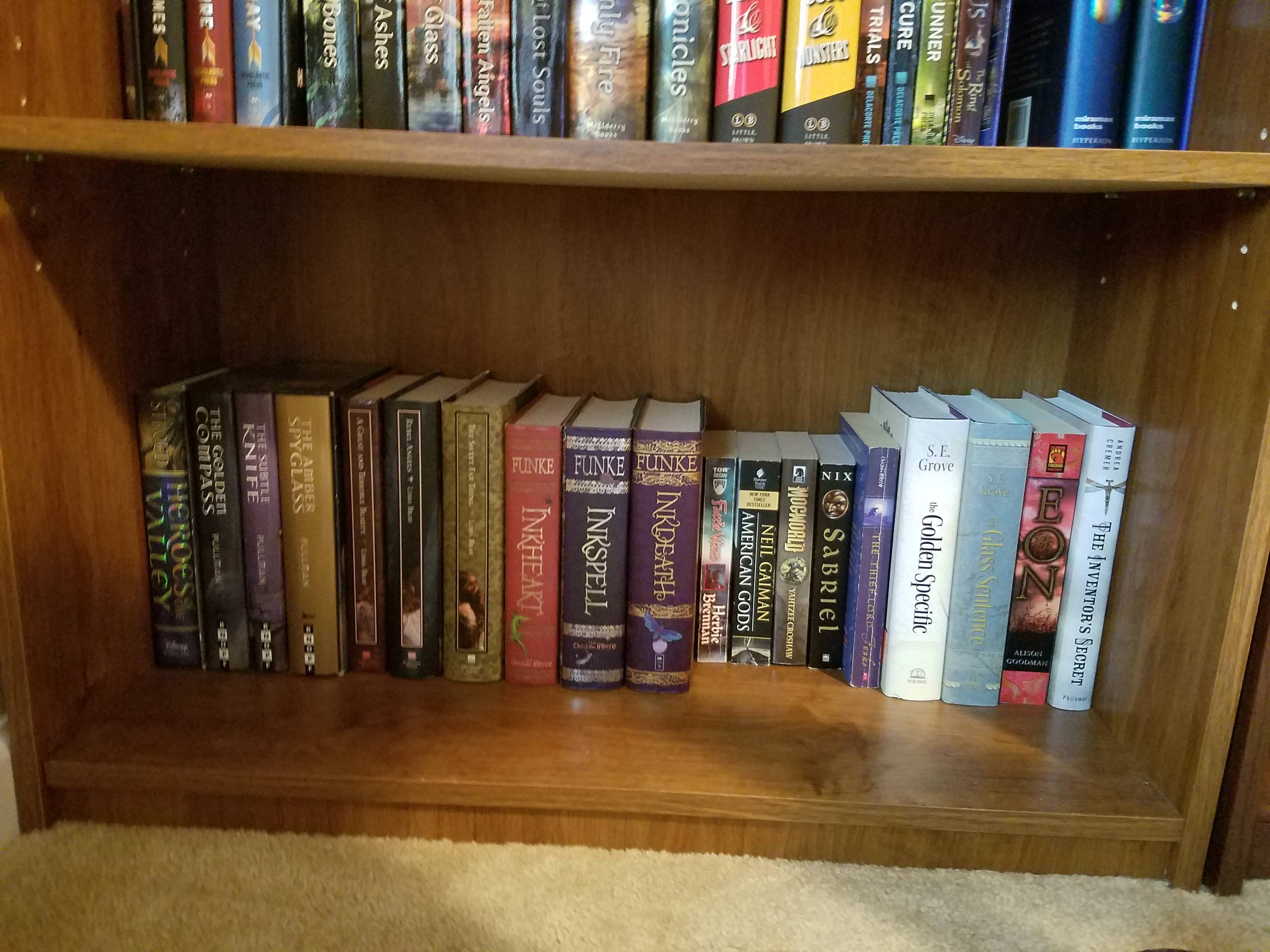 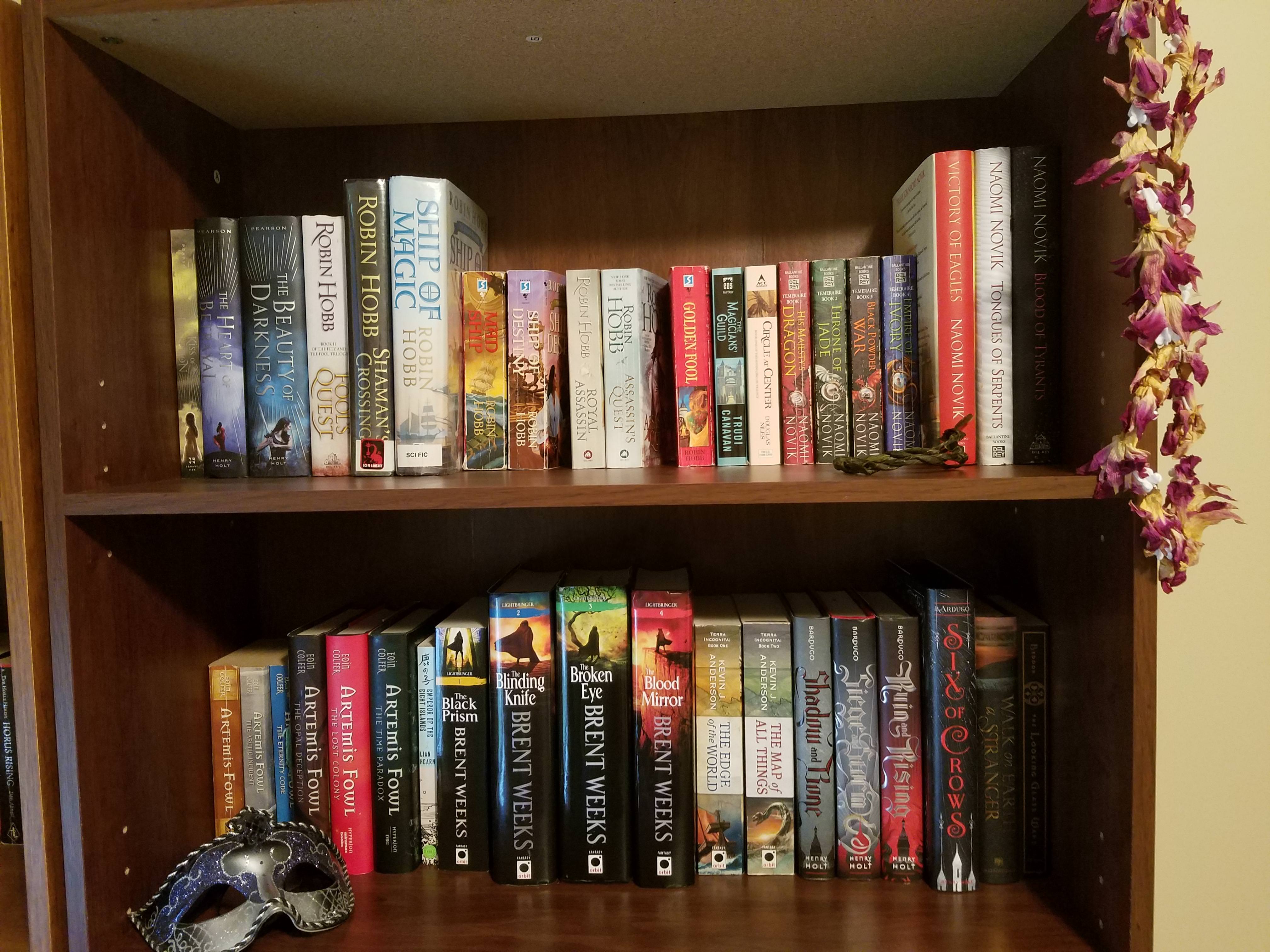 Fantasy
Not shown: HP 3 paperback, HP4 hardback, HP3 illustrated, A Court of Thorns and Roses, Wheel of Time 4 and 5 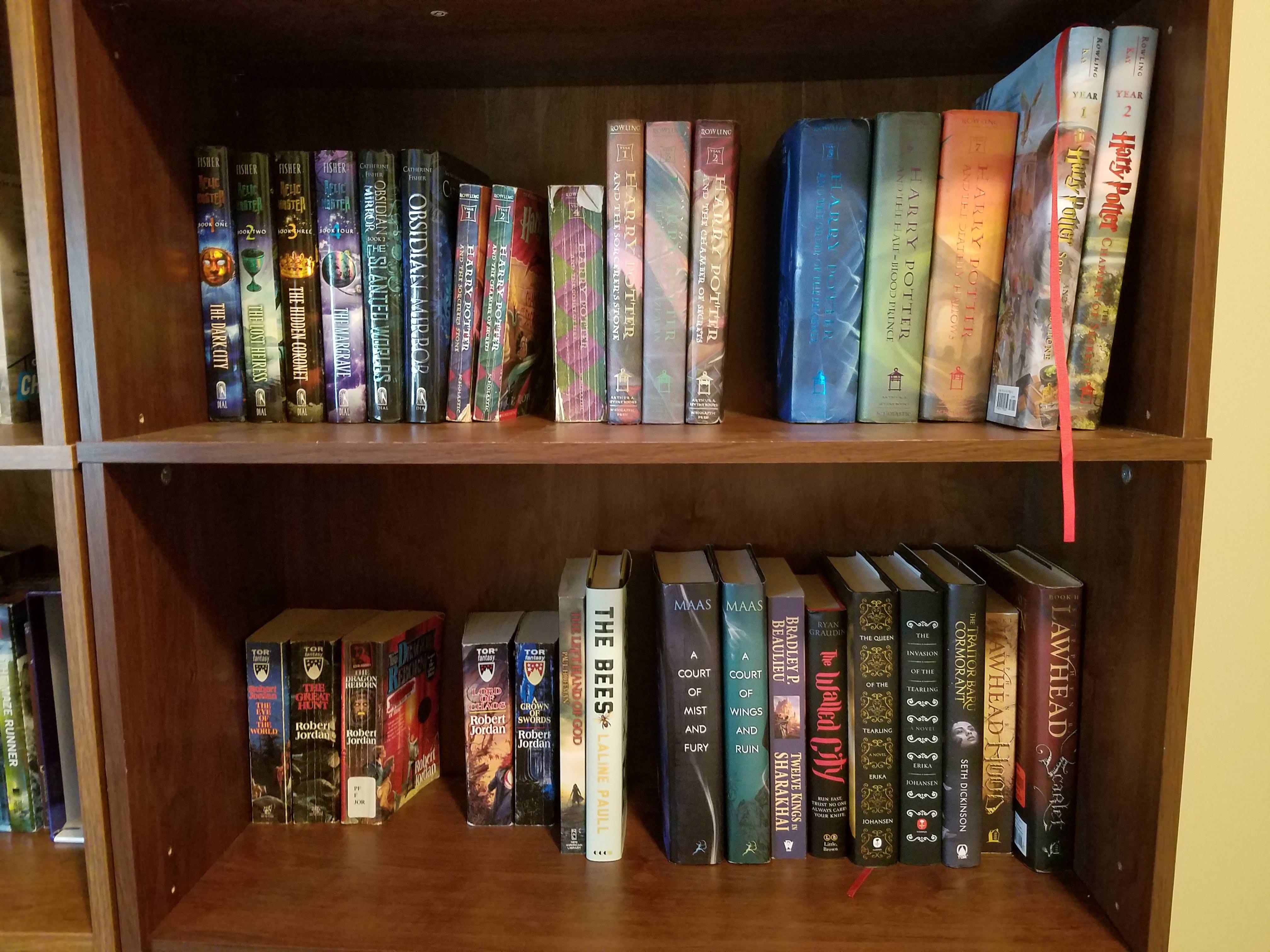 Fantasy
Not shown: Throne of Glass by Sarah J Maas 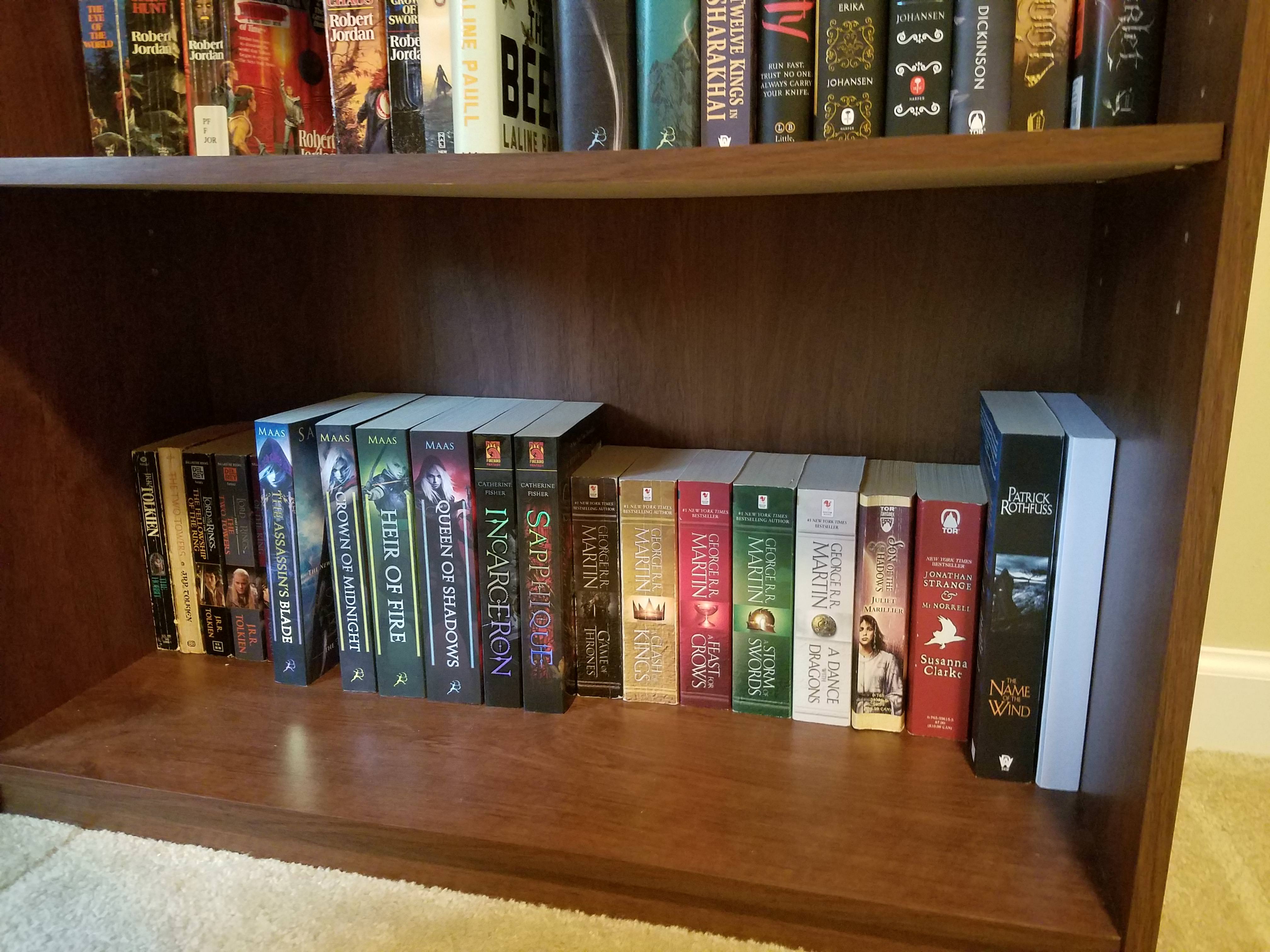 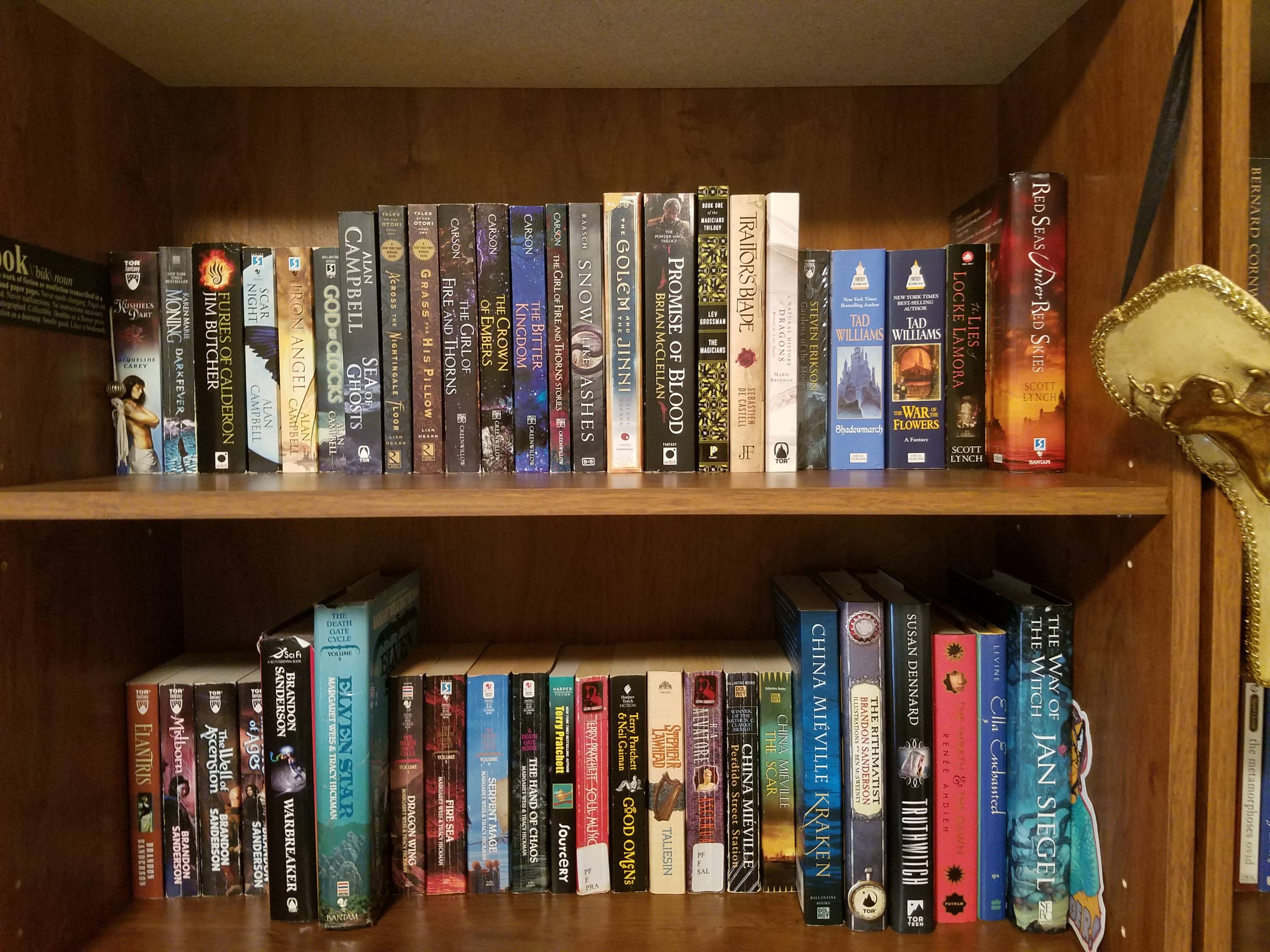 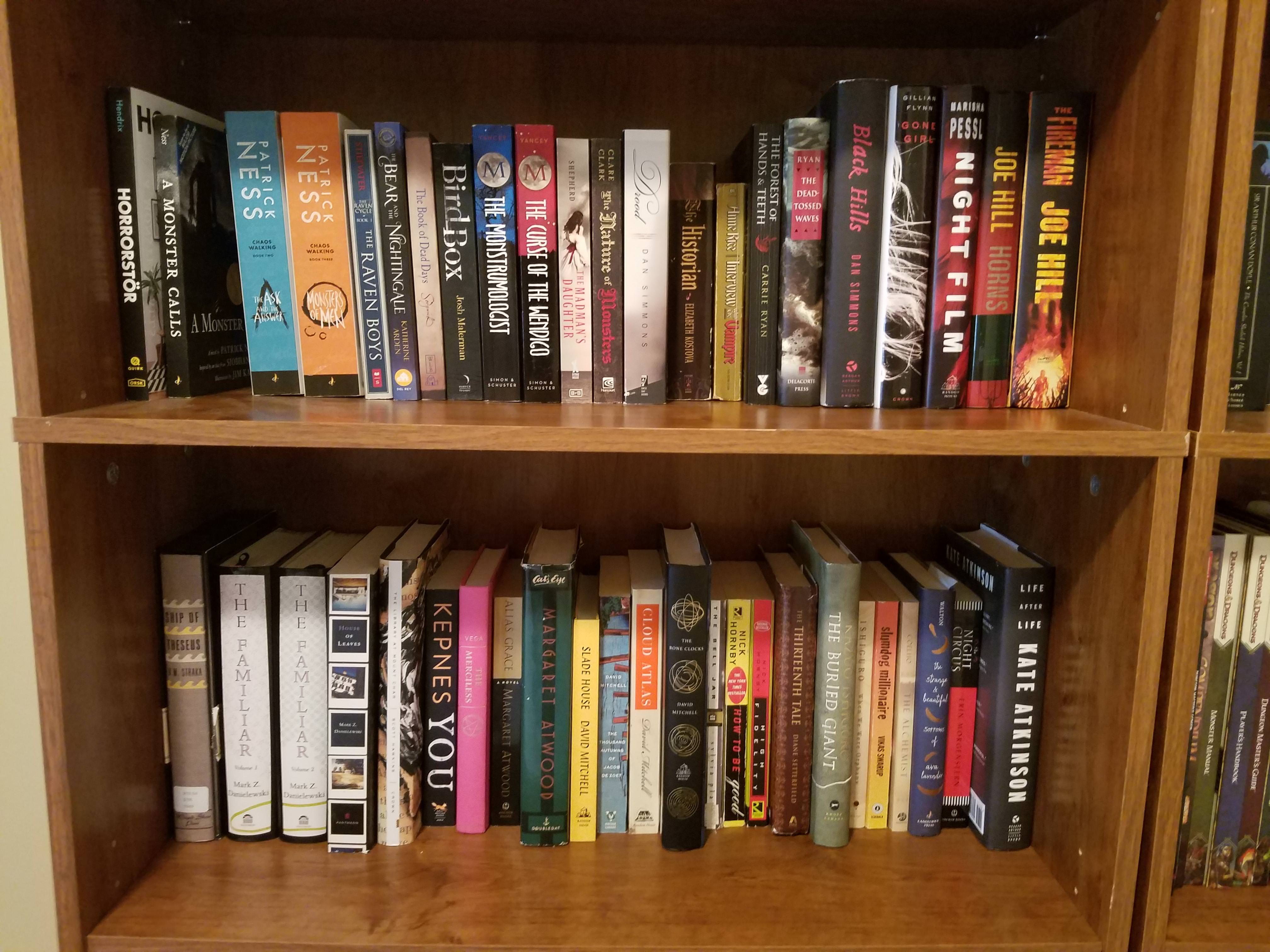 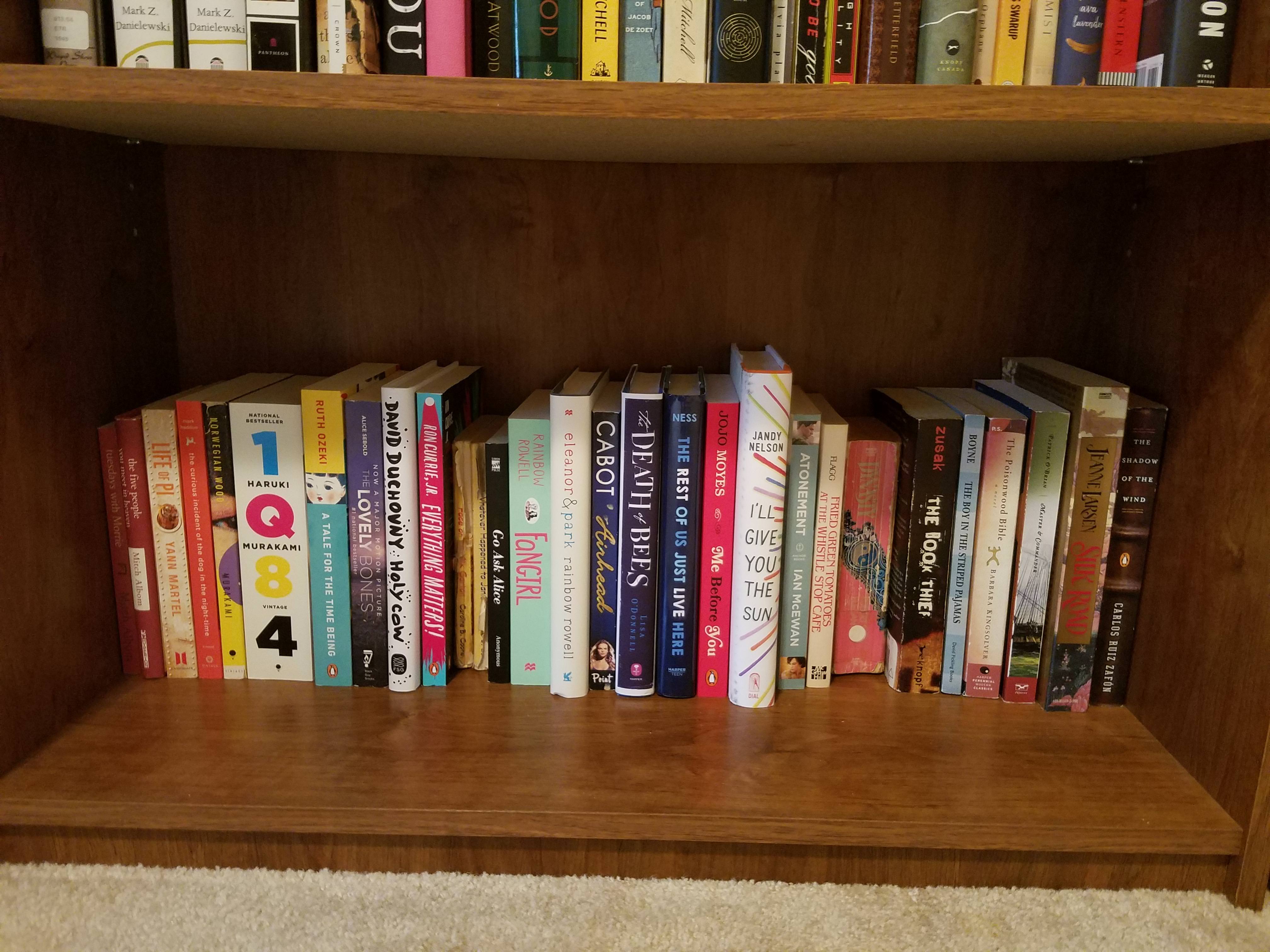 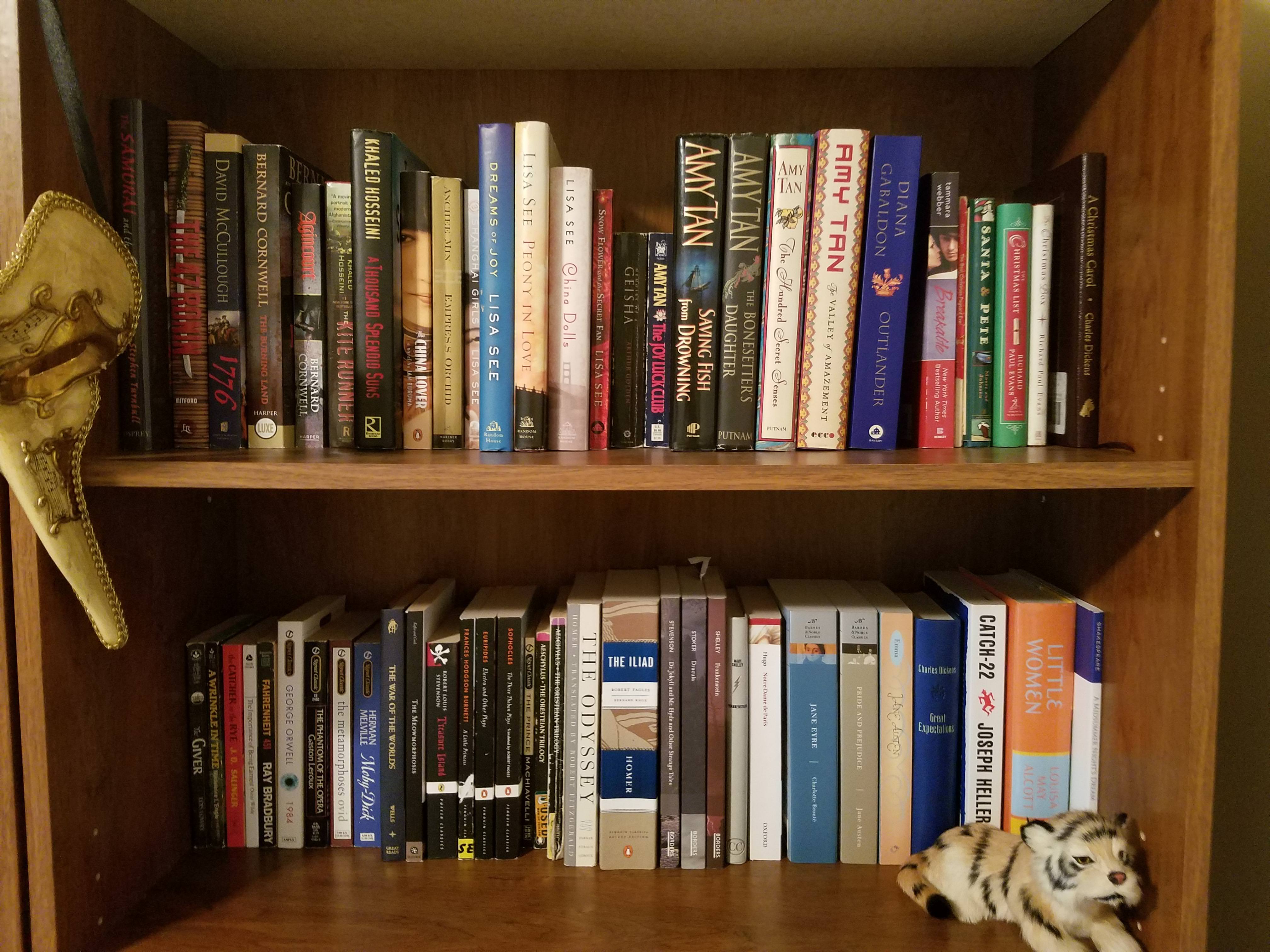 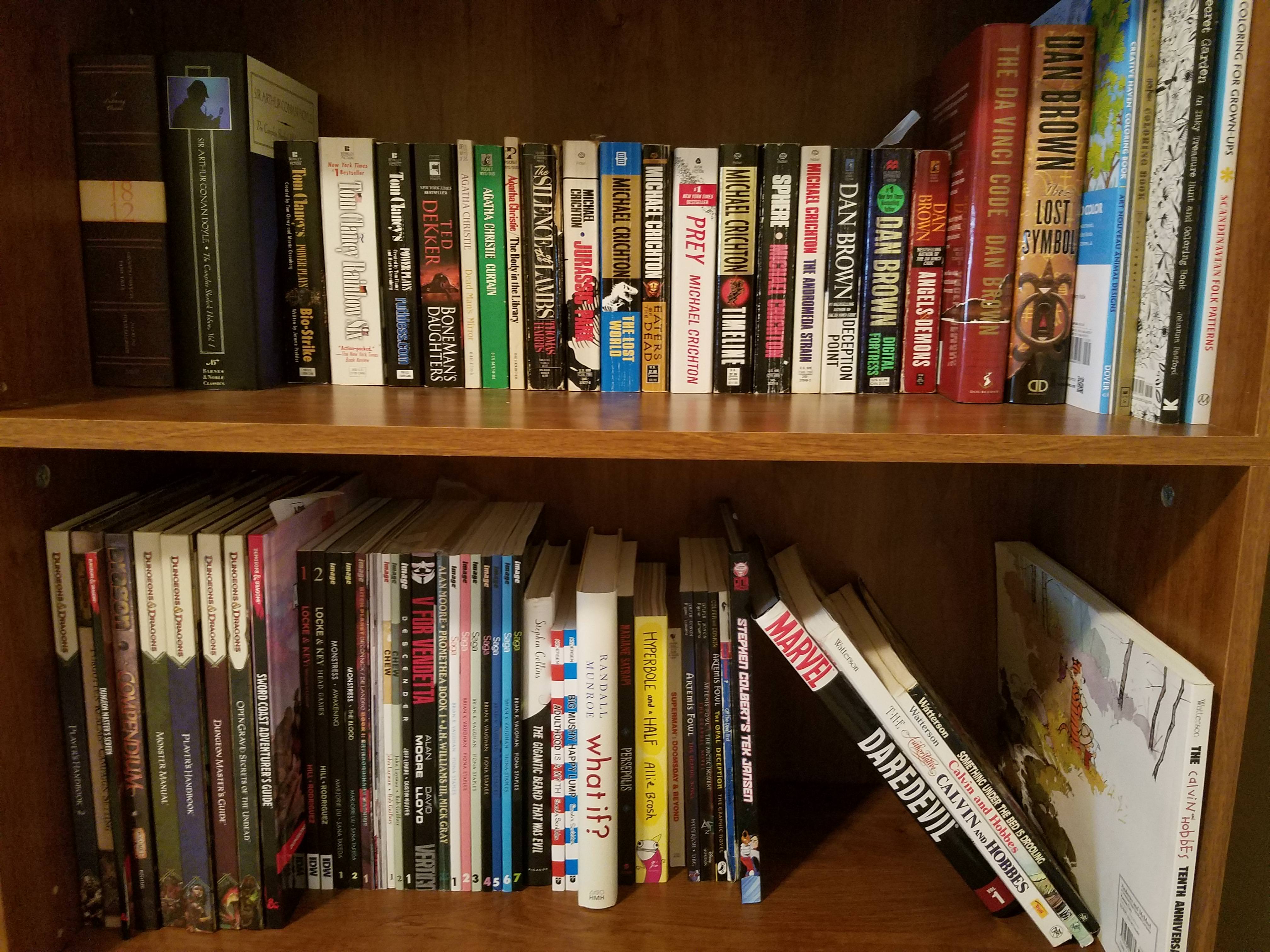 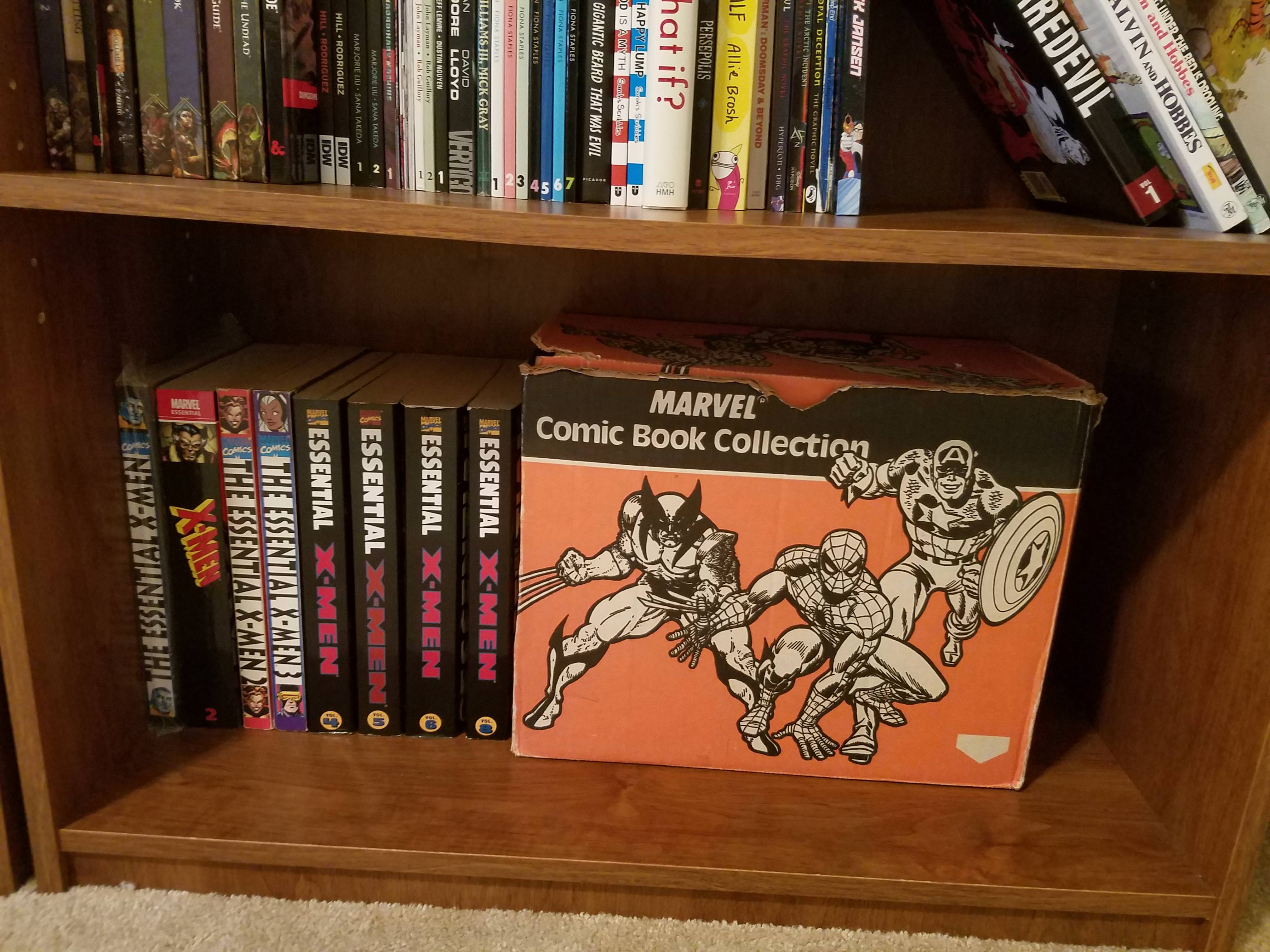 And that’s it! I thought to myself ‘I’ll make a picture post instead of a video, it’ll take no time at all that way!’

…It still took me an hour, hahaha. It was worth it though!