Happy Hump Day! Today’s topic is fancasts, which honetly, I haven’t done a lot of. When I read, in my mind I tend to picture people of my own creation, not celebrities, so know this list actually took some work to come up with, hawhaw.

Aneurin Barnard as The Dragon – Uprooted by Naomi Novik

In the book, the dragon is described as rather young-looking though he’s obviously not. I think (this particular picture of) Aneurin Barnard kinda conveys that. Young, but hella tired looking from being so old, hawhaw.

Aside from me thinking Raini Rodriguez is totally adorable, I think she’d make a good fit for the main character Elisa in The Girl of Fire and Thorns.

Christopher Lloyd as Pellinore Winthrop – The Monstrumologist by Rick Yancey

I hope that if this series is ever made into a movie or tv show that: 1 – it’s not done in a YA fashion. You know how those movies turn out. This book is way too dark for a YA twist on it. 2 – that the mad scientist is cast as Christopher Lloyd. He seems to have a knack for it, don’tcha think 😛

This one is kind of cheating. The picture I added is the age I think she would have been good for playing Viola… the actress currently though is about 20 years old, so I kinda missed the mark. But! If the movie was made about 7 years ago, she would have been perfect.

I know at this point, Emma Watson has pretty much been cast as Kelsea, but I feel like from the description of her in the book that Abby Wilde would make a much more accurate portrayal. She’s very close to what I pictured in my head when I read the book.

Hello! An awardy today. :”D I was tagged by A Universe for Books, so thank you much! Sorry it took me so long to get to posting it!

Imagine that you are the protagonist and your life is a book. Which book that you’ve read would be written about you?

This is such a cool question. :”D Unfortunately though I can’t think of one. My life is pretty boring, haha. What I would like though would be something like Harry Potter, but who wouldn’t? 😛

Imagine your favourite book is being turned into a book to movie adaptation. See if you can create a soundtrack to this book. Which book would it be?

This is such a cool question too! :”D One of my favorite books currently is Uprooted by Naomi Novik. I just looked at my favorites list and it’s one of few that doesn’t actually already have a tv show or movie, so this is the one. 😛

Here is the synopsis from Amazon before I go into the setlist I’ve created:

Agnieszka loves her valley home, her quiet village, the forests and the bright shining river. But the corrupted wood stands on the border, full of malevolent power, and its shadow lies over her life. Her people rely on the cold, ambitious wizard, known only as the Dragon, to keep the wood’s powers at bay. But he demands a terrible price for his help: one young woman must be handed over to serve him for ten years, a fate almost as terrible as being lost to the wood. The next choosing is fast approaching, and Agnieszka is afraid. She knows – everyone knows – that the Dragon will take Kasia: beautiful, graceful, brave Kasia – all the things Agnieszka isn’t – and her dearest friend in the world. And there is no way to save her. But no one can predict how or why the Dragon chooses a girl. And when he comes, it is not Kasia he will take with him.

The setlist (alluding to events but not directly spoiling):

The opening scenes: In the Land of Twlight, Under the Moon by Yuki Kaijiura
After the choosing: Bittersweet by Apocalyptica
A new location: Symphony #7, 2nd movement by Beethoven
Adjusting: We Don’t Have to Dance by Andy Black
Discovery of a gift: Locked With the Crystal Ball by Blackmore’s Night
The forest’s theme: Nightfall by Blind Guardian
The Dragon’s theme: Own Little World by Celldweller
Agnieszka’s theme: Call Me, Call Me by The Seatbelts
Getting Kasia: Rising by the Yoshida Brothers
The final scenes: In the End by Black Veil Brides

I had way too much fun doing this.

Continuing from question 2, who would be your dream cast?

I looked around at fan casting since I didn’t have any planned myself, and I’ve settled on the following: I’d say Hailee Steinfeld for Agnieszka, Elle Fanning for Kasia and Aneurin Barnard for The Dragon 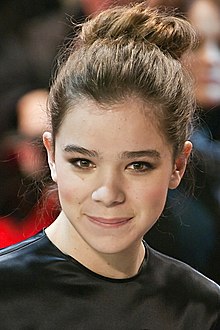 If you could travel in time, where would you want to travel and what would you do?

Probably into the future, assuming humanity doesn’t crash and burn by ignoring global warming or blowing each other up or pissing off an alien race or being smacked by a gamma ray from andromeda…. Actually, I’ll stay in right now, thanks.

If real life was a fantasy book, what kind of character would you be? (Rebel, assassin, warrior, adventurer etc…)

I’d be one of those people where the main characters show up at my house/inn/pub/whatever and I’d give them food and stuff. I’d totally be a side character.

What is your favourite beginning to a new book or book series?

If you were to write a book or book series, what would it be about?

I’ve had a plot bunny in my head for five years now – each year I attempt to write it out for Nanowrimo and it never ends up how I want it. So that idea. Not gonna mention it just in case it actually ends up on paper at some point.

Clay/ air gun shooting, running, climbing, horse riding, hiking. How would you order these from best to worst?

Hiking, Clay/air gun shooting, climbing, horse riding, running. I have no stamina. Running is definitely last for me.

Would you rather be a bookseller, but you are never able to read another book again or an author, but you can only read the stories you’ve written?

An author. At least this way I can still read.

Would you rather be: a demi-god, shadowhunter or peculiar? Why?

I’m assuming you mean peculiar from the peregrine books. Peculiar. Haven’t read enough of the others to know their advantages.

If you were a demi-god, who would your godly parent be and if you were peculiar, what would be your peculiarity?

I’ve always liked Artemis. And knowing me, I’d probably get stuck with something dumb like the ability to grow my hair really fast. :”D

And that’s it! Thank you for tagging me! As I’ve been on a bit of a tagging spree lately and I haven’t seen any of the posts show up yet I’m not going to tag anymore – I’d just be adding to the pile. xD

I’m going to create questions though, in case anyone would like to consider themselves tagged: