Happy end of September! This month, I purchased four books and a buttload of manga. I’ve also put myself on a mini-ban since buying these, around mid-Sept, and it’ll last basically until we can save up enough for my husband to buy a new computer monitor, so about a month or so. Gotta give and take, y’know.

Anyways, here are the books! 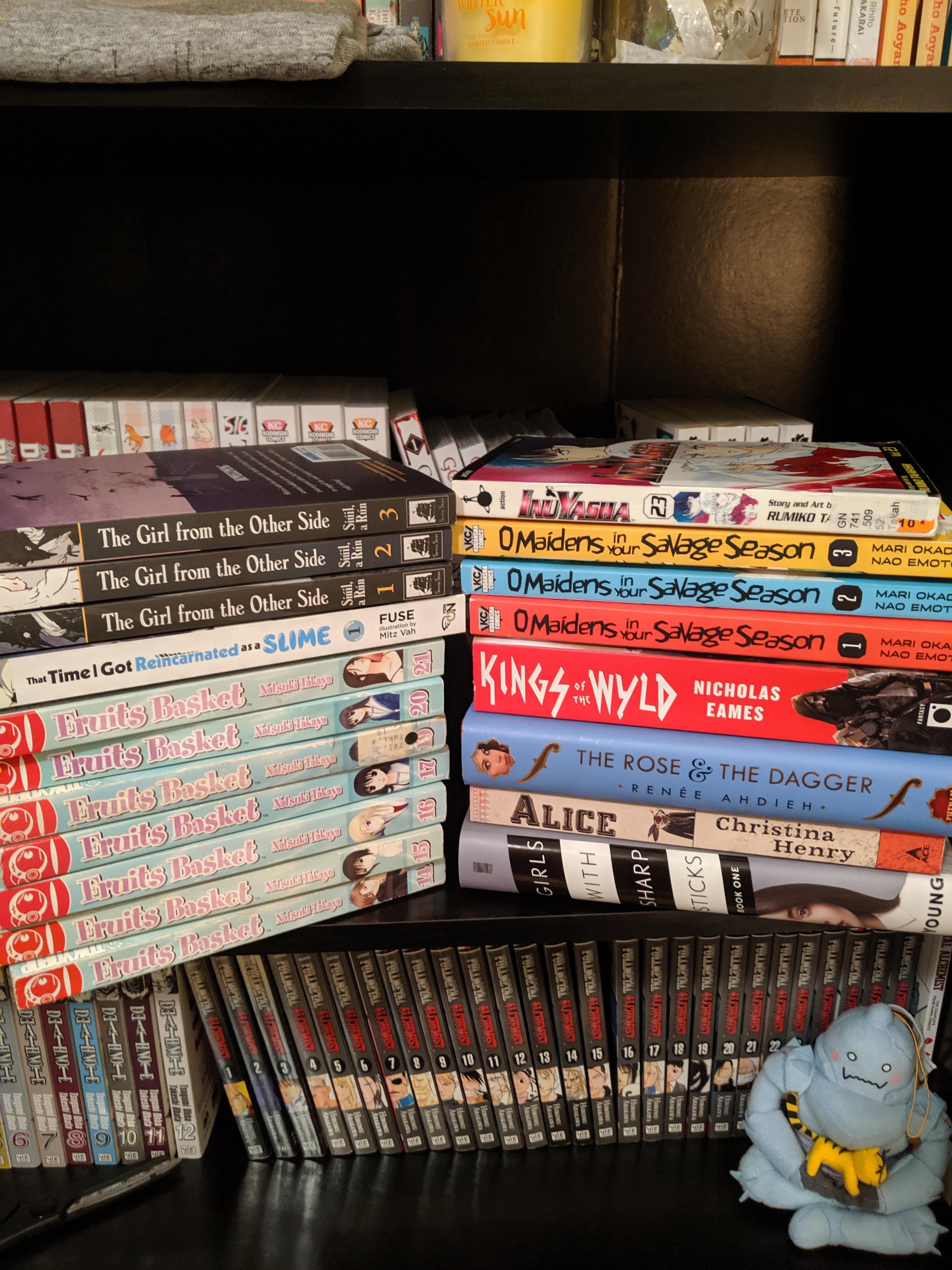 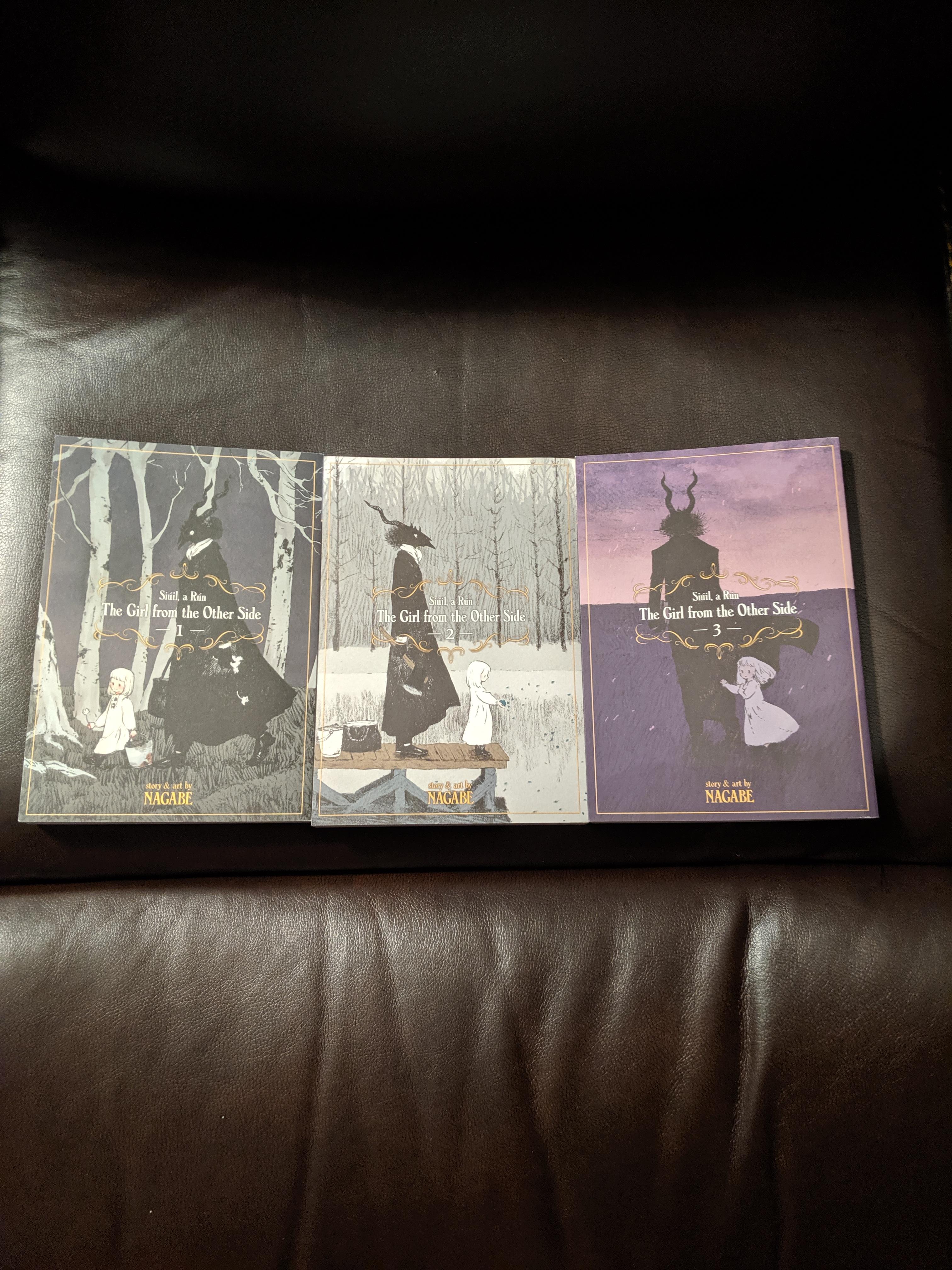 The Girl From the Other Side vols 1-3 by Nagare – I originally borrowed vol 1 from a friend, and ended up reading it and giving it four stars. I decided I wanted to get the series myself and continue it, so here we are! 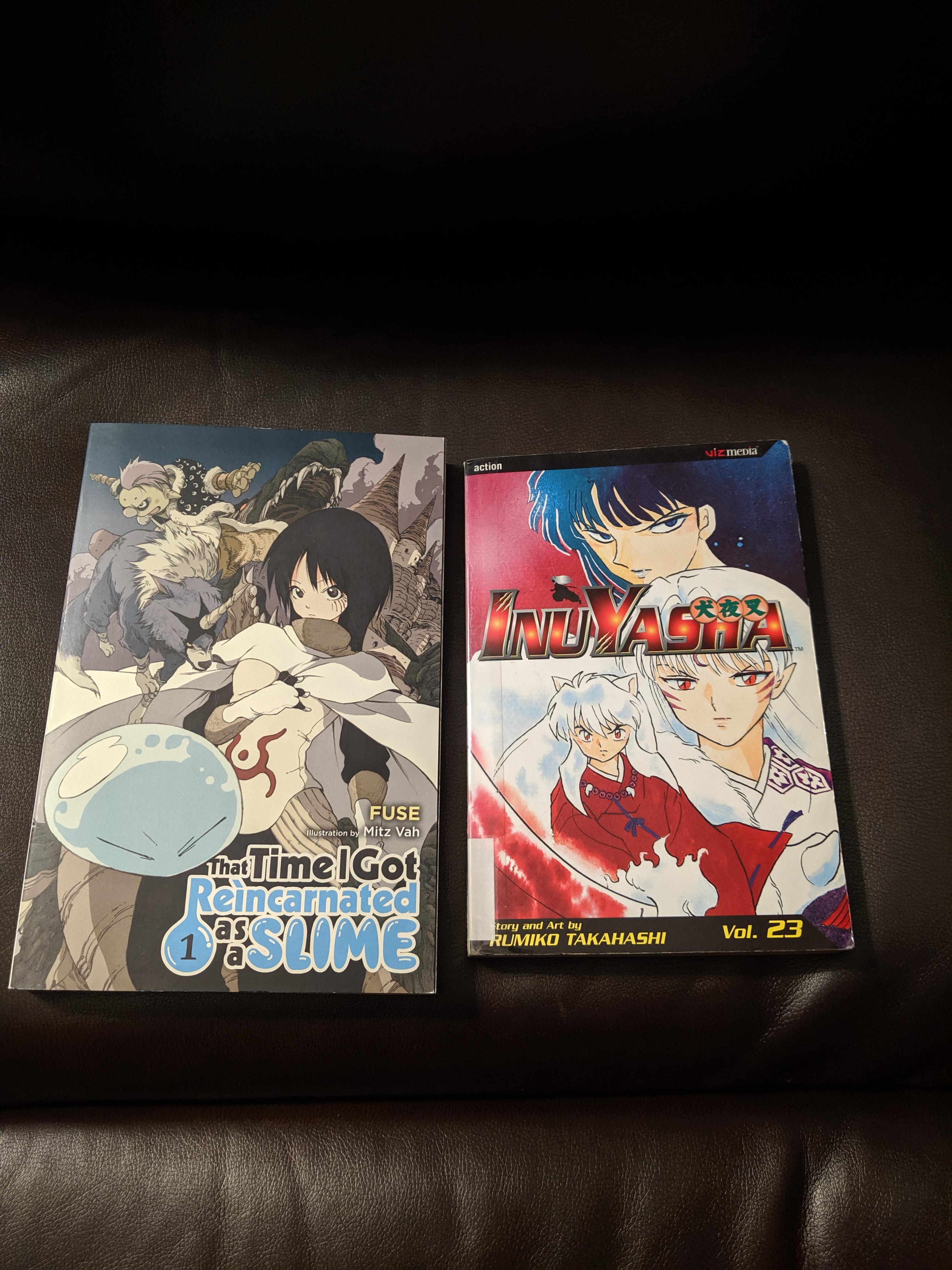 That Time I Got Reincarnated as a Slime vol 1 by Fuse – This is actually the light novel, and I picked it up to fulfill the LitRPG square in Fantasy Bingo. I needed a game world, man! Isekai! I liked the anime well enough so I figured this’d be perfect.

Inuyasha vol 23 by Rumiko Takahashi – I’ve had a lot of volumes of this forever, picking them up second-handed when I see them. With this addition, I now have 1-24, 26 and 39. One day I’ll have them all, dammit. 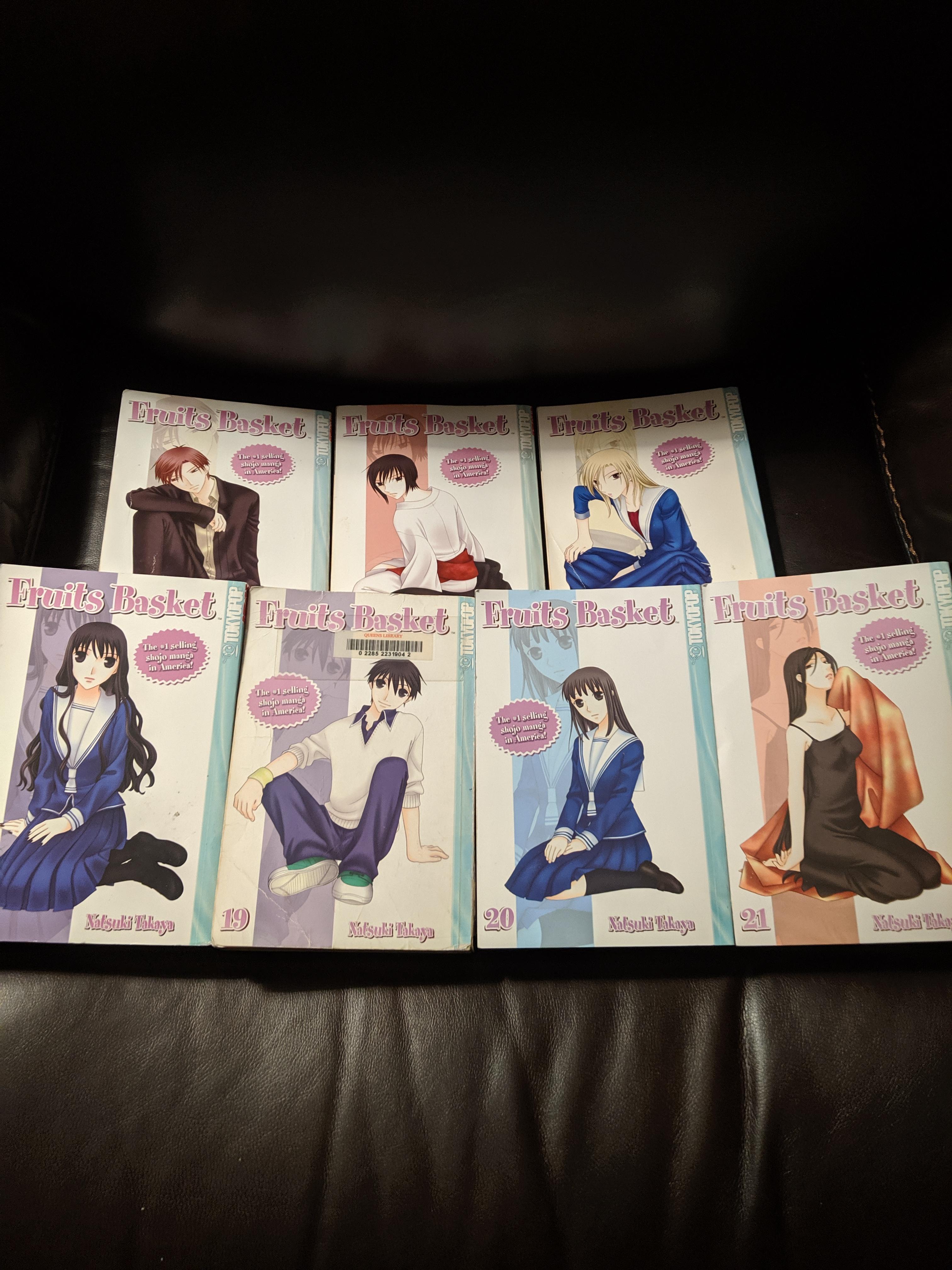 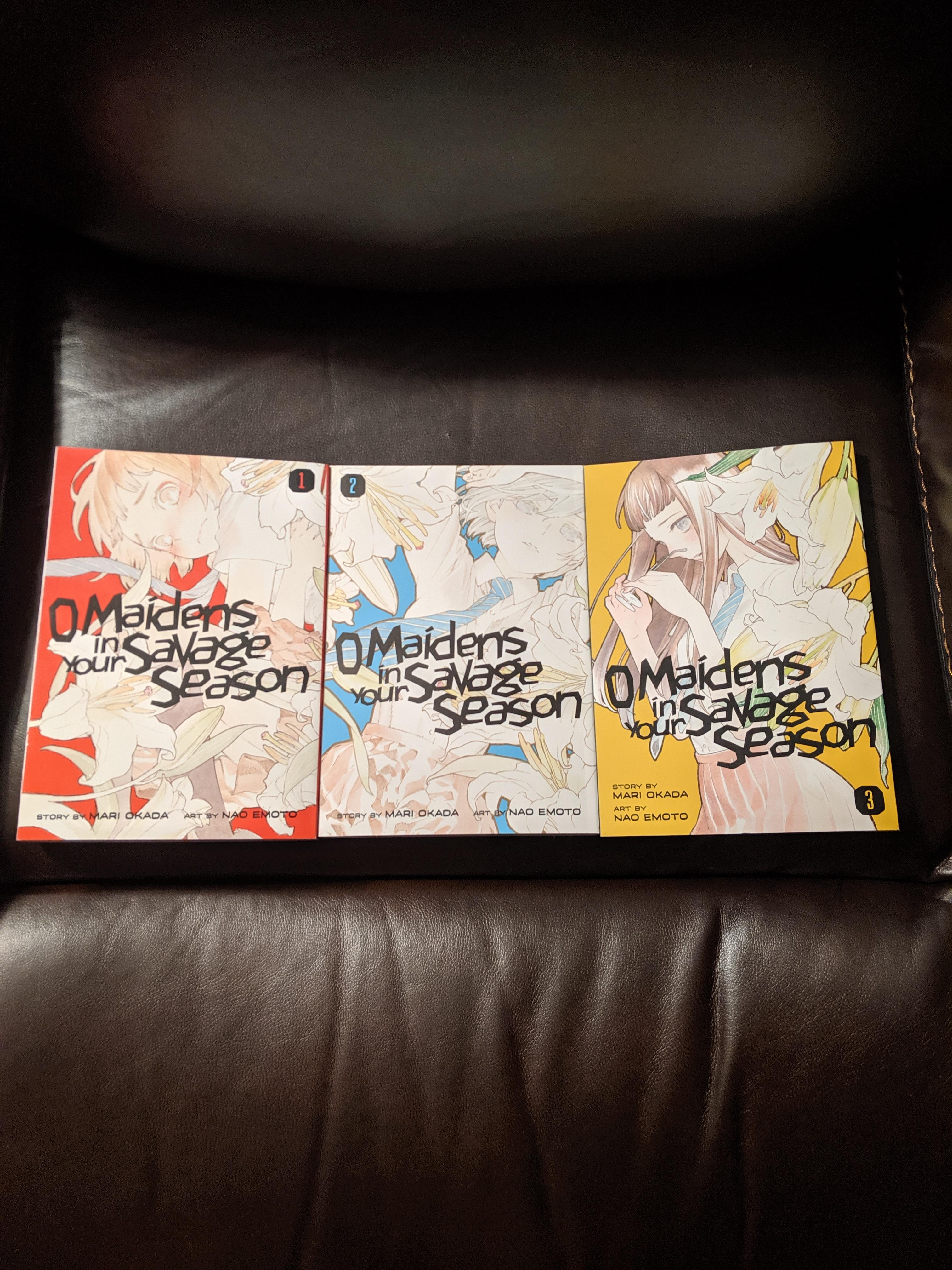 O Maidens in Your Savage Season by Mari Okada – I am absolutely in love with this series. It’s so heartwarming and funny and cringey, and reminds me of how I was when I was 14 or 15 years old. It’s just so great. Currently I have all the volumes that are out, but I think volume 4 comes out in October. I’ll pick it up as soon as the ban is done. I wrote a review of the first volume, if you’re interested. 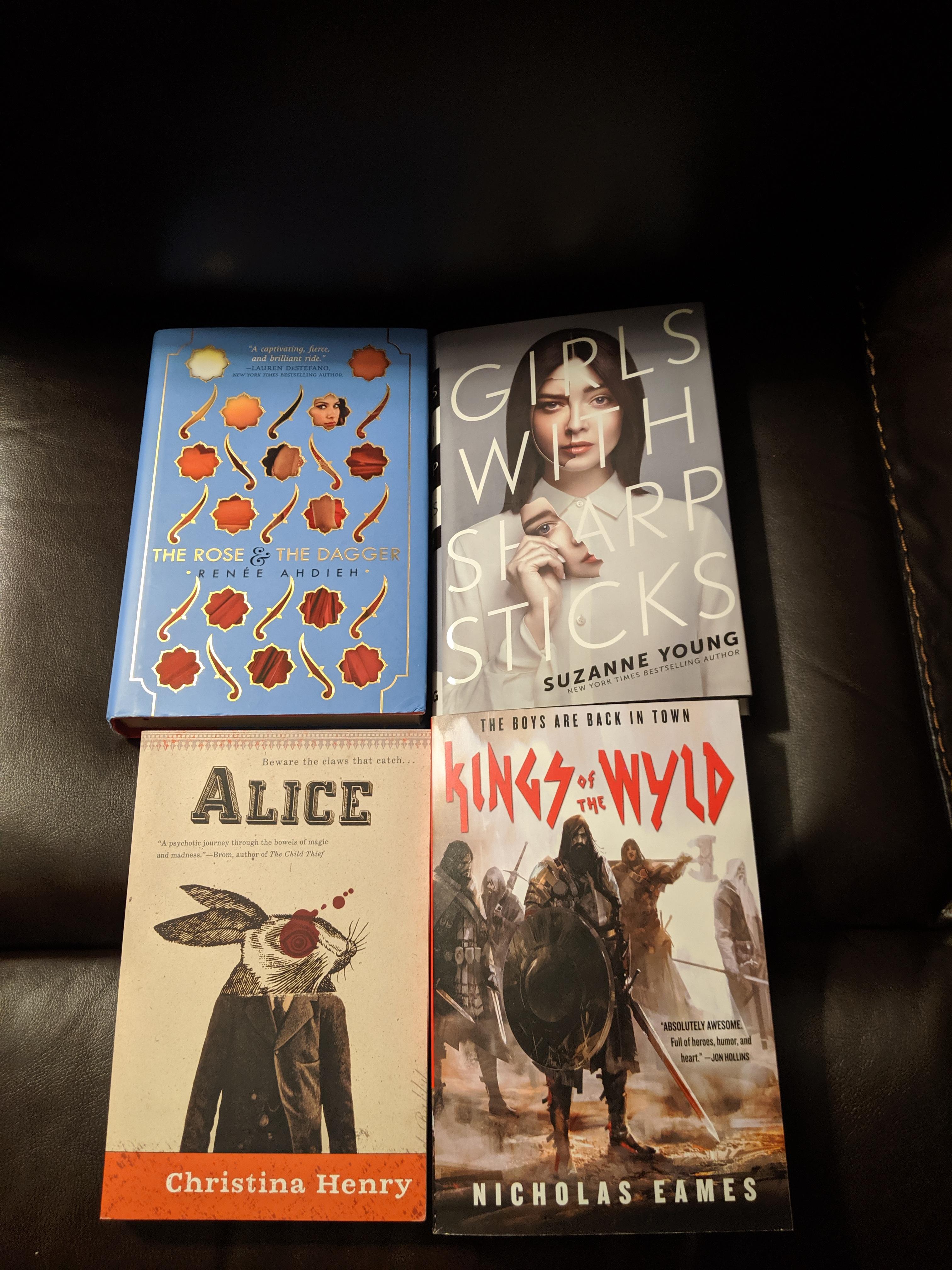 The Rose and the Dagger by Renee Adieh – I liked the first one juuust enough to get this. I saw it for six bucks on the bargain shelf, so I scooped it up. 😀

Girls with Sharp Sticks by Suzanne Young – This book sounded really good. I’m hoping I can buzz through it quickly!

Alice by Christina Henry – I’ve heard so many good things about this book. A few of my coworkers have read it at this point and really enjoyed it, so I’m hoping I like it too!

Kings of the Wyld by Nicholas Eames – I bought this for two reasons. The first is it was a personal rec from the users of r/Fantasy, so it fulfills that bingo square for me. Second, it’s a comedy fantasy. My nanowrimo project – sneak peak – is a comedy fantasy, so I plan on reading some others just to get a feel of how people are incorporating humor and world building. So I plan on getting to this one within the next month!

And that’s it! I think I got some pretty damn good ones this month. Have you read any of the above? Lemme know! Happy reading!

Today is Wednesday and this week’s topic is favorite fairytale retellings. I haven’t read many so I may or may not end up coming up with five books. But here goes nothing. T5W was created by Lainey and here is the full list of posters should you like to join.

Hey guess what I could only come up with three, and two of them are a bit of a stretch at that.

This series is based loosely on the legend of the Chinese Zodiac. The legend states that there used to be 13 animals in the zodiac. The 12 that are there now and then another one: the cat. Here is where you can learn more about the legend if you’re curious. Otherwise, Fruits Basket is about a girl, Tohru Honda, who through a set of circumstances ends up living with the Sohma family. She quickly learns that the family is cursed, each turning into a different animal of the zodiac when hugged by the opposite sex. This series is cute, funny, and pulls on your heart strings after a while. Highly recommend it.

Saiyuki is another series based on a Chinese myth. This myth, The Journey to the West, tells a tale of a legendary pilgrimage by a Buddhist monk into India. He goes to collect ancient and coveted scrolls along with three companions, all sinners who accompany him to redeem themselves. This series is really, really cool. This myth entwines with the myth of the Monkey King. One of the companions in Saiyuki is Goku, the monkey king himself (this is the myth also in Dragonball Z for those curious). This series is funny, action-packed and intense. It has a strong story-arc and is relatively short for a manga series (9 volumes in the original series) Again, highly recommended.

This is the only retelling that’s an actual fairytale retelling. Some people don’t differentiate between legends and fairytales but I feel they have a different uh… feeling to them? I guess? Does that make sense? Anyways, since this is the only one I’ve read, it’s my number one choice. I’ve got into why I love this book in the past, so I’m not going to again. But I’ll just say it’s wonderful for young girls to read, so go get one to read it.

And that’s it for today. 😀 Happy reading.