Happy November! These are all the books I picked up in October! 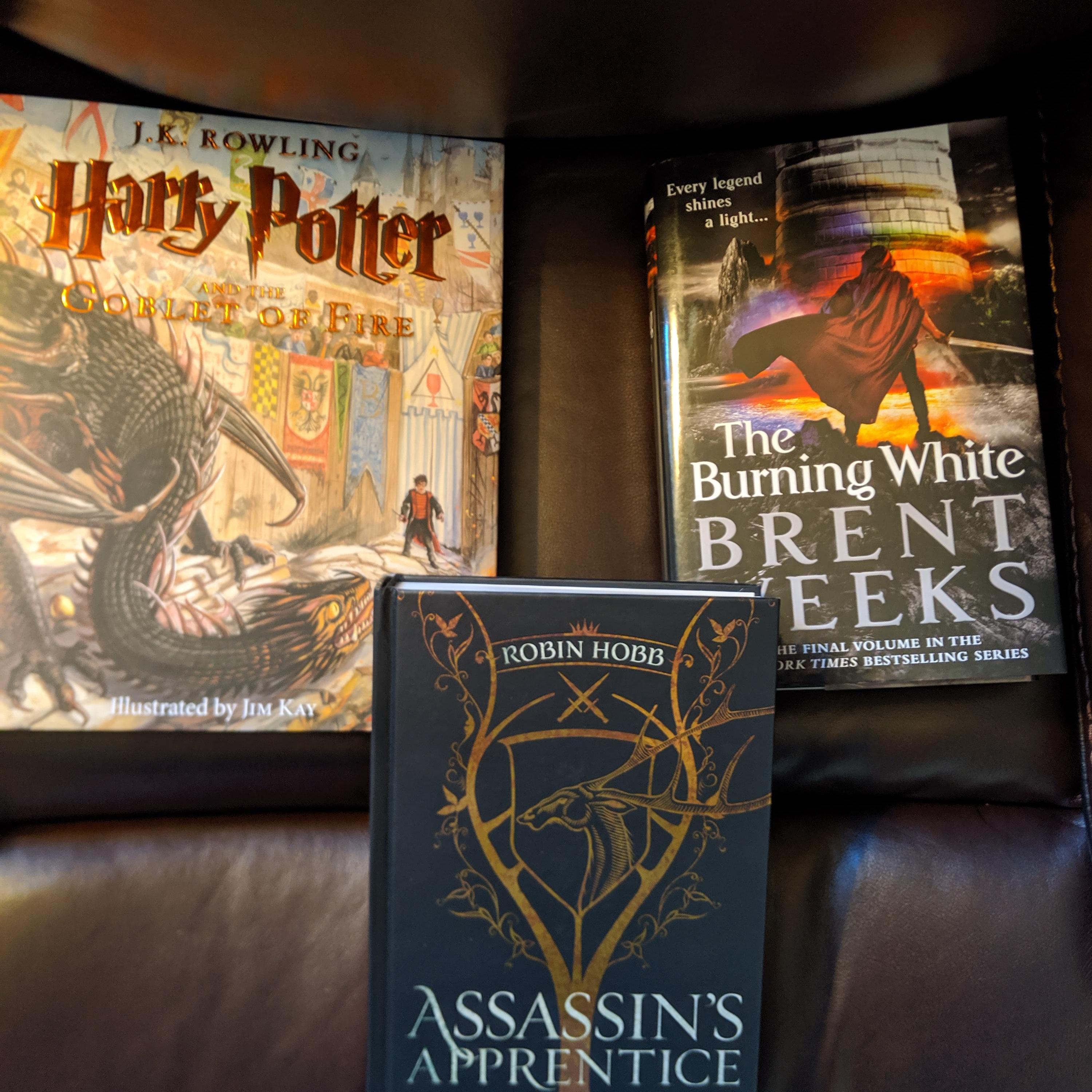 First, the books. I only got three this month.

Harry Potter and the Goblet of Fire by J. K. Rowling, illustrations by Jim Kay – Not much to say about this one other than ‘woot’.

The Burning White by Brent Weeks – I wasn’t planning on getting this yet originally, as I still haven’t finished The Blood Mirror, but it was on sale, man, it was on sale. For cheaper than I could find online elsewhere, so… considering I was gonna get it eventually anyway…

Assassin’s Apprentice by Robin Hobb – This is the 25th anniversary illustrated edition and it’s beautiful. I flipped through the pages a bit and the artist’s interpretations of all the characters are basically spot on to how they were in my head. When I reread this series (read: ‘when’ not ‘if’) I’ll be reading this edition to start. 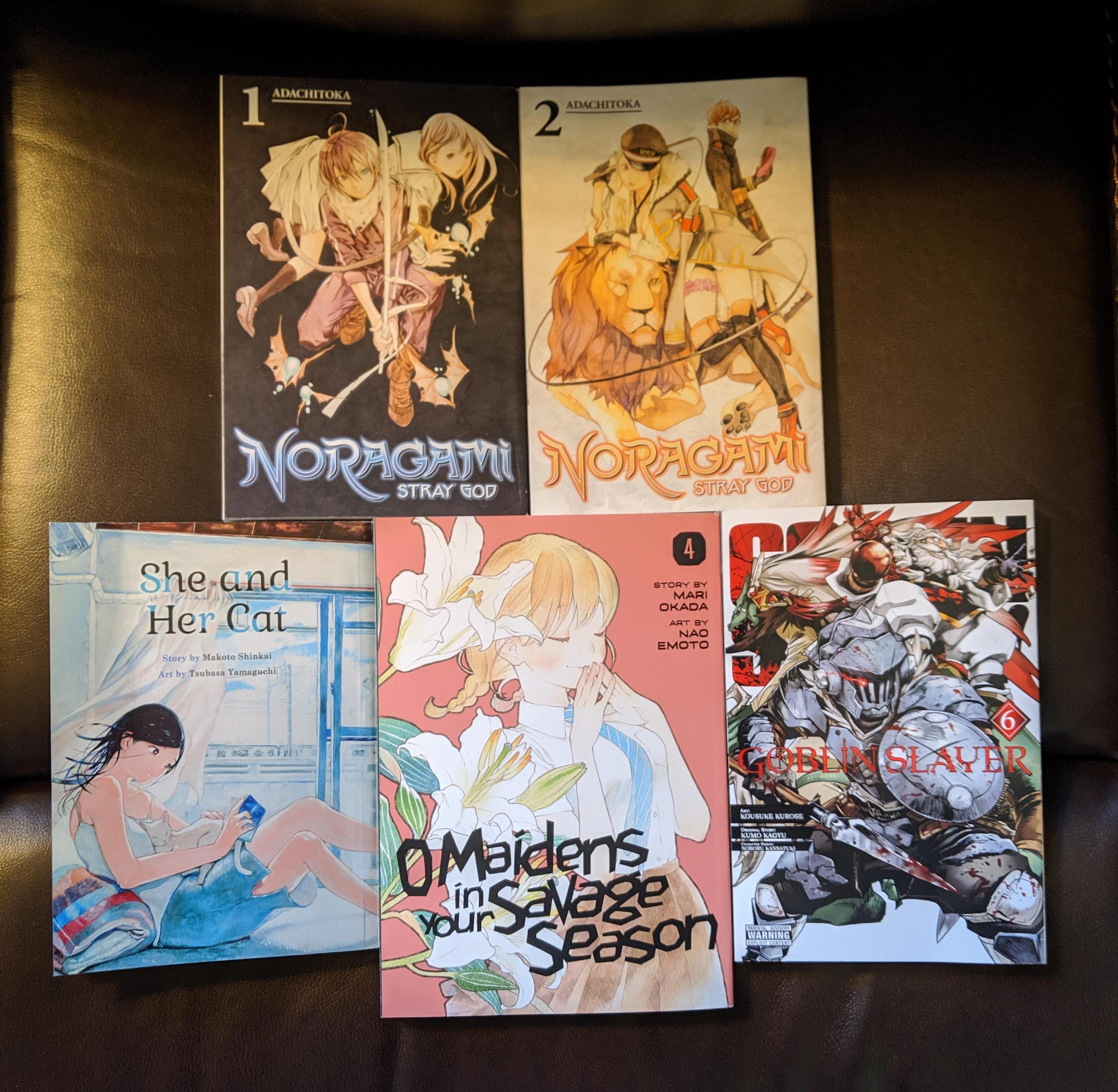 Noragami vols 1-2 by Adachitoka – This is a neat series so far. I’ve actually read the first one, and it’s giving me like… Yu Yu Hakusho-y, Bleach-y vibes. I dig it.

She and Her Cat by Makoto Shinkai – This was nice and pleasant. It’s a slice of life one shot following, well, a woman and her cat. It’s told from the cat’s perspective. It’s pretty cute.

O Maidens in Your Savage Season by Mari Okada – Continuing on with this series, I’m really digging the bright colors on each of the covers. Their section on my bookshelf is so pop-y.

Goblin Slayer vol 6 by Kumo Kagyu – I’m pretty sure this bit goes past the end of the anime (I think) so woo, new content! 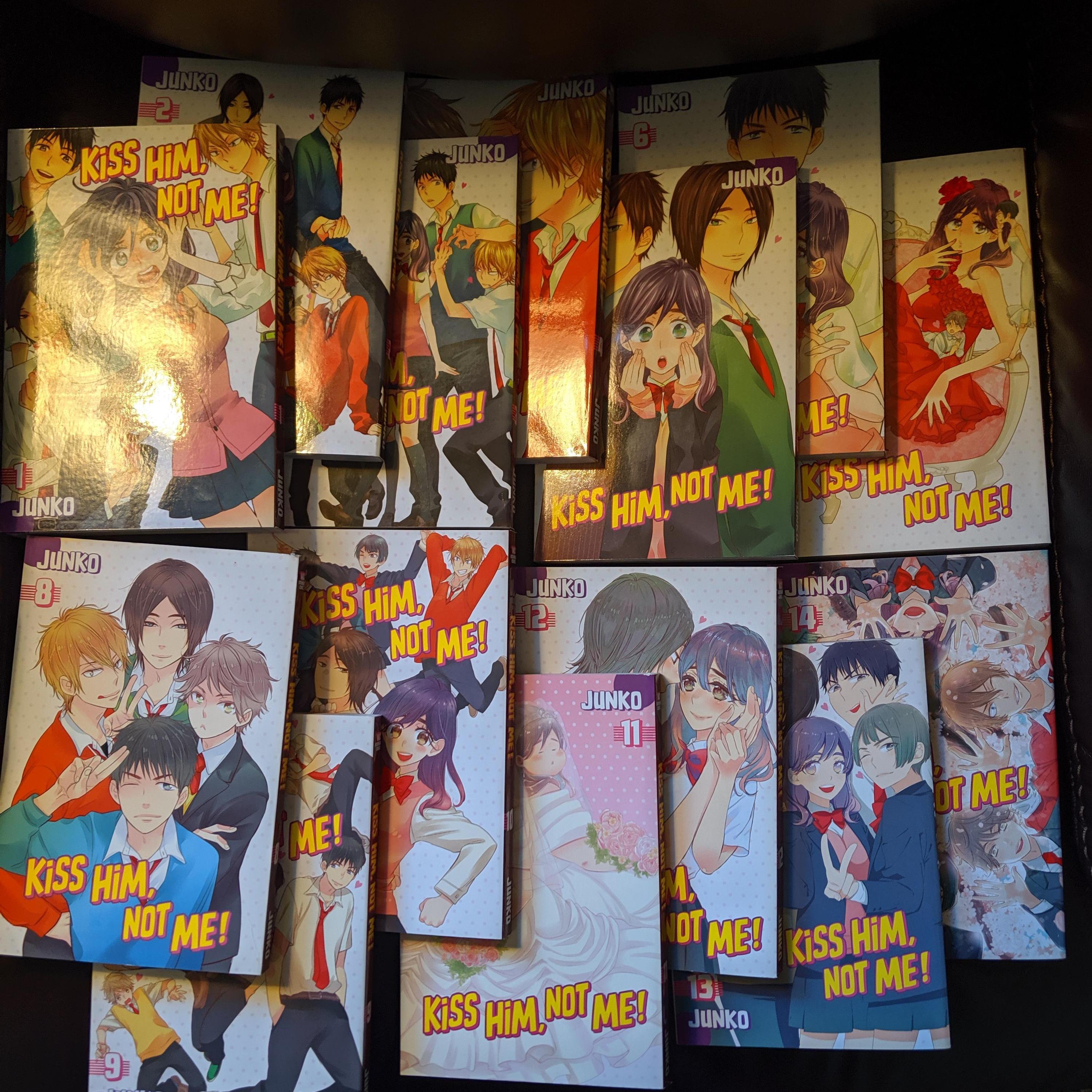 Kiss Him, Not Me! vols 1-14 by Junko – I literally bought and read the entire series this month. Originally I had only purchased the first two, but after reading them I knew that a) I wanted to read the whole thing and b) I’d reread it. So… since they were on sale and I have poor impulse control I got them all. This manga pokes fun at the reverse harem trope and it’s utterly absurd, but I thought it was hilarious! 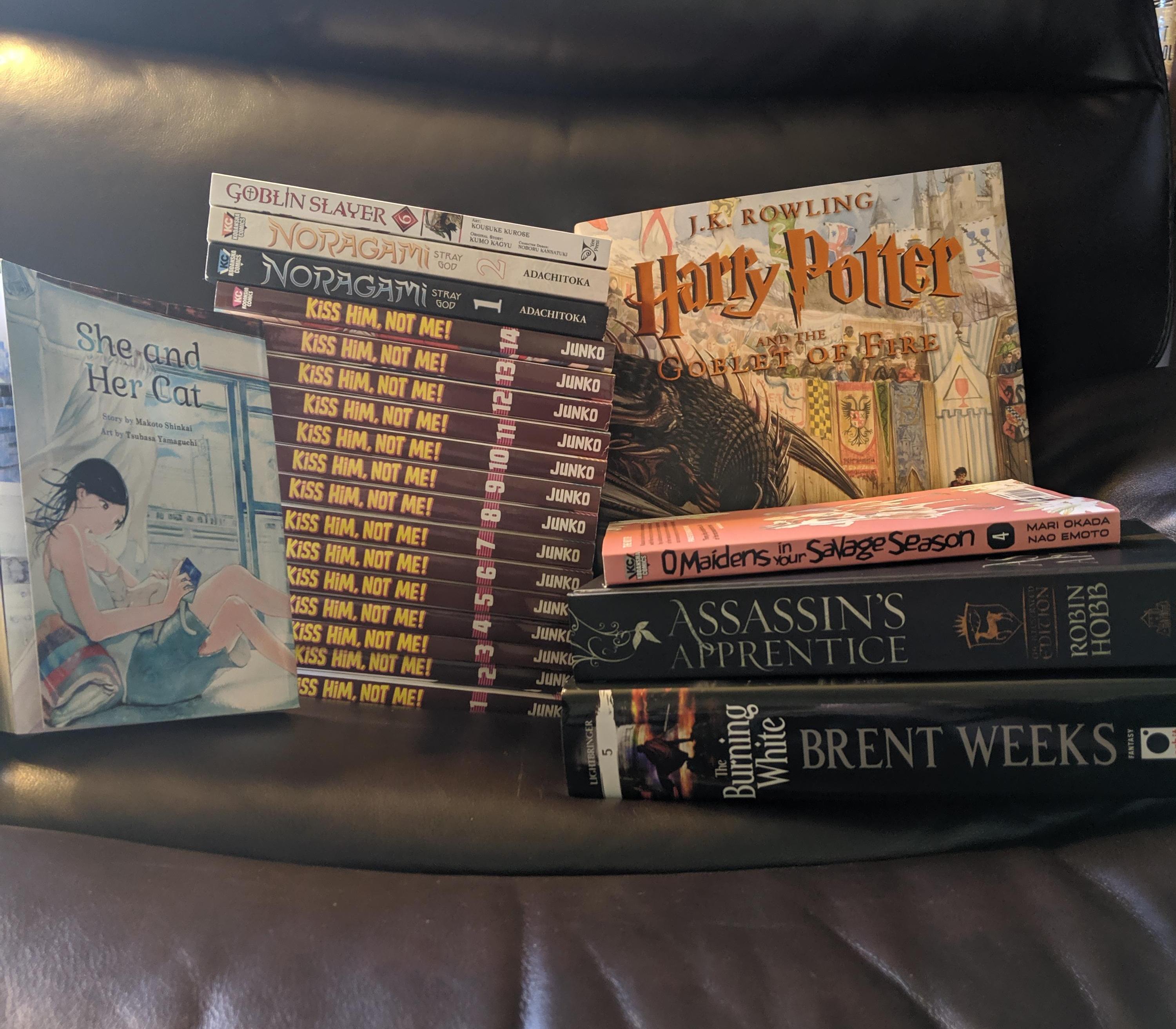 And that’s it! Three books and twenty manga this month. I really need to cool it with the manga – stick to series I’m actively reading instead of, well, impulse buying a completed series that I heard about on a whim and went ‘huh’ and then dropped all sorts of money on it.