(Image credit to Cati-Art and Ryuuha on deviantArt – will remove if artists request it.)

This is Inuyasha’s mother, a human who raised a half-demon all on her own, despite the storyline suggesting she was alienated from her village for doing so. This is one character in the series that Inuyasha seems to have unconditional love for throughout the entire thing – it’s nice to see.

Here’s another Inuyasha character, this time Kagome’s mother. Never actually given a first name, which is something I’ll touch on later, Mama Higurashi is very lax about Kagome disappearing into the feudal era for weeks at a time and is always supportive of her daughter – unconditionally and constantly. Kagome sees her as a good role model and she is.

This is Ed and Al’s Mom, the whole reason the plot for the show kicks off in the first place. This character is warm-hearted and caring and is a driving force in the brothers’ lives. I really like how her personality pans out as Ed and Al grow from babies into children. She encourages them to be creative and adventurous. 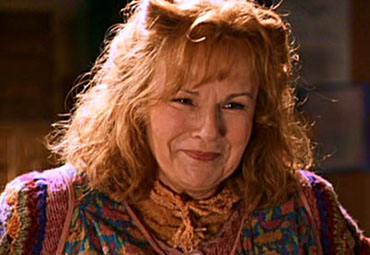 I highly doubt this character will be sparse in everyone’s lists this week. She’s like, the ideal mother. Scary but caring and lovely but stern. She’s wonderful.

So the thing I mentioned above in my number 3 selection:

Mama Higurashi doesn’t have a first name in the series. It’s neither mentioned in the 170 some odd episodes of the anime, nor is it mentioned in the 40+ volumes of the manga. And I found that weird. And then I thought about it: I could only come up with four moms. They’re so underrepresented in fiction! Goodness! Some of them don’t even have names! I’d love to read an epic adventure featuring a mother as the main character. Goodness.

And that’s it for this week. If you’d like to participate, the group can be found here.