Guess who’s posting a million book tags in a row. Time’s up, it’s me.

Guess who hasn’t been reading much because classes have basically beat that to death. Time’s up, it’s me.

My other posts – reviews and whatever – should hopefully pick up again next month. Finals are May 3rd through the 6th, so shortly after that, I should be able to read more than 50 pages per week again. Hopefully. Goodness, I miss writing reviews. (I never thought I’d say that, but there you go)

SO ANYWAYS, to pass the time, I’m doing tags. :”D I’ve gotten backed up on them because I’m baller at organization. Today’s tag is the Skyrim book tag and I was tagged by Zezee! So thank you!

This tag was created by The Quirky Book Nerd, so go check it out!!

For those unfamiliar, Skyrim is the fifth installment in The Elder Scrolls video game series and the most recent. It’s an open-world fantasy game filled with cool lore, awesome gameplay and beautiful design. Highly recommend it.

Fus Ro Dah – A book that blew you away.

The Martian by Andy Weir. This was one of my favorite books read last year and going into it I honestly didn’t expect much. I knew the basic premise and had heard it was funny, but my goodness. This book was amazing. If you haven’t read it yet, do so. And if you can, listen to the audio book. The narrator is just perfect.

Obviously I have to pick Harry Potter. Is there are more iconic ‘chosen one’ story? I dun think so.

Thu’um – A book that got a verbal reaction out of you (good or bad).

Good: A Clash of Kings by George RR Martin. This series just keeps getting better and better. I need to start putting tabs in these things whenever something shocking happens. It’ll be every other page, lemme tell you. Currently in the middle of the third one – I’m eating it up.

Bad: Rumble by Ellen Hopkins. If I remember correctly, the verbal reaction I had at the end of this book was me yelling ‘What was the point of this?!’. I didn’t like this one. 😛

Arrow to the Knee – A book or series that started out well but ended up being disappointing.

I’m mad at myself for even saying this, but The Deepgate Codex by Alan Campbell. This is one of my favorite series ever. I just wish it hadn’t ended the way it did. It’s a fantastic series and it’s ending isn’t.. bad. It’s just not enough. There could have easily been a whole fourth book with all the loose strings still existent at the end of this one, but a fourth book we will never get. 😦

Don’t let me deter you from reading this though – like I said, it’s one of my favorites. Highly highly recommend it. 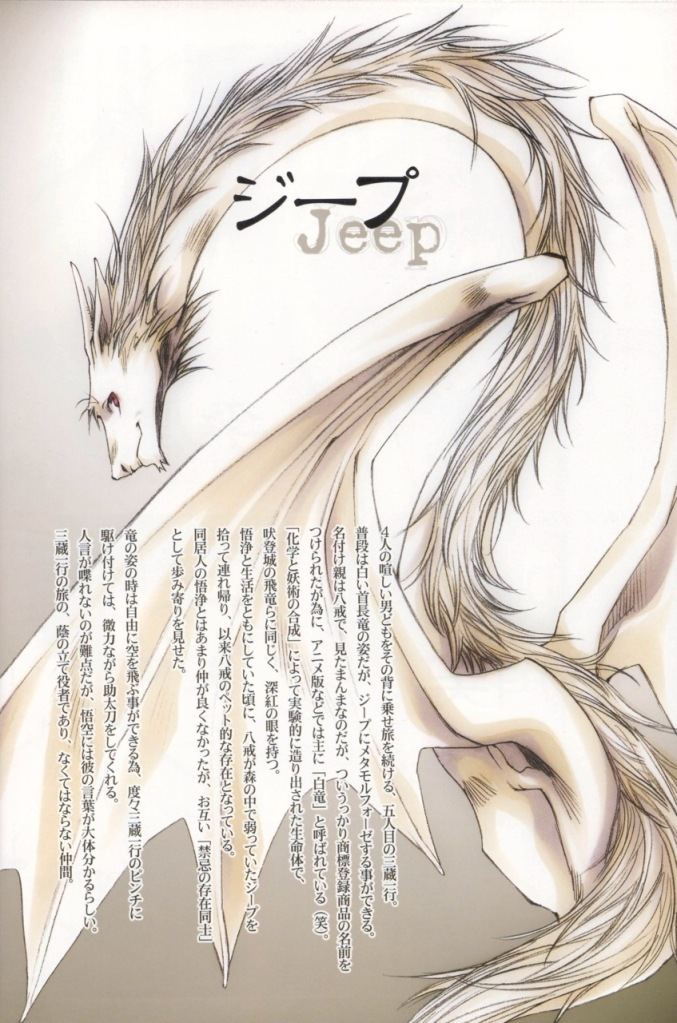 Jeep from Saiyuki by Kazuya Minekura. Jeep is a youkai that can transform into, you guessed it, a jeep. This creature is the main method of transportation for the four main characters in this series, and I think my favorite part about this adorable little thing is that when it’s in ‘jeep mode’, it still talks and squeaks and makes cute little dragon noises. I love jeep. :”D counts as an animal, right? I’m going with the Anthropophagus from The Monstrumologist by Rick Yancey. This is horror at its best, people. I read this book and couldn’t look into my closet without cringing for a few days. These things are a terror and I never want to meet one ever.

Priest by Min-Woo Hyung. Going into this, I expected it to be dark just from the synopsis and the art style, but I didn’t expect gritty dark. This series really surprised me with how good it is. I’m only a few volumes in so far, but I know I want to read it all the way ’til the end. It’s good, it’s good. 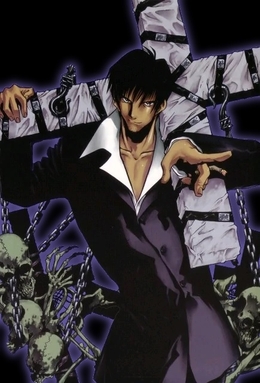 Nicholas D Wolfwood from the Trigun series. I can’t say why I’m choosing him because it’d be major spoilers, but just trust me on this one. You think he’s one way but then he surprises you.

If you’re talking actual books I’ve read recently, that would be Easy by Tammara Webber. I think this one took me a total of 12 hours. If you’re talking other-than-books, then any manga that I own ever. They all take about a half hour to get through.

Life, The Universe and Everything by Douglas Adams. I’ve been reading this is February of 2015, still not done with it. It’s good and I really like it, but I’ve been reading it out loud with my SO and we both need to have the time and the mood and the yada yada. We’re lucky if we get through two chapters a month. We’ll get there. Eventually.

There are a lot I could pick for this one, but currently I’m rather hooked on the world established in The Queen of the Tearling by Erika Johansen. It’s just so fascinating. 😀

“Sworn to Carry Your Burdens” – The heaviest book you own.

I’m going to exclude textbooks from this question because those would easily be the winners.

My heaviest non-academic book is definitely The Best of France by VMB Publishers.

When I was 18, I was dating a British boy who lived in France. When he invited me over to visit, I bought this so I could research all the stuff I wanted to see while over there. If you’re interested in the strangeness of that trip, I wrote a post about it in my travel blog entitled One Time I Flew to Paris to Meet a Stranger on the Internet, so check it out if you’d like.

But this book is huuuuge, easily the heaviest in my collection, which is funny, because it’s not the largest. It’s just the densest, apparently.

Ace, Panda and Nora. Do it!